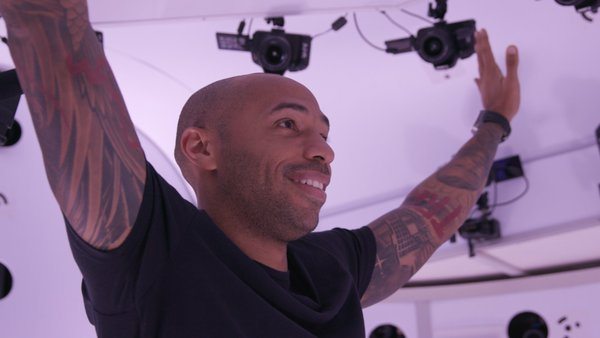 French football legend, Thierry Henry, has teased via social media that he will be a playable character in the upcoming FIFA 17 video game.

Henry tweeted today: “From a shoot. I will actually be put into a computer game as a playable character. You will find out shortly…“. He also posted the picture you see above which clearly shows he’s getting scanned.

Henry is likely to be added as a legend in FIFA 17. His stats will be boosted up to reflect how he was in his prime. He was one of the biggest stars in the football world just a couple of years ago.

Not only did he play for the French national team, but he played for the likes of Arsenal and Barcelona just to name a few. He’s actually been on the cover for several football video games including several FIFA titles as well as Konami’s PES franchise.

With Henry possibly being added as a legend card in FIFA 17, this might mean several other famous names from the past could be added too. The sport has lots of stars both old and new so gamers should be able to play as many of their favorites.