Some Fighters Unhappy With Their EA Sports UFC 2 Renders 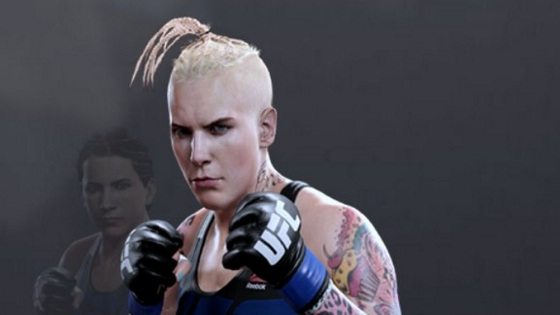 Normally modern sports video games are accurate with their portrayals of real life stars. However, this doesn’t seem to be the case for EA Sports UFC 2 as many fighters have spoken out about how they look in the game.

Some fighters look accurate such as CM Punk, Ronda Rousey, Conor McGregor and others. Even guest stars like Mike Tyson and Bruce Lee look great. In contrast to them, some lesser known fighters aren’t happy with the way they appear in the game.

First of all there is Ruslan Magomedov who tweeted: “I used to think I was handsome“. Fellow fighter Tim Kennedy said: “@EASPORTSUFC I would like to know what I did to make you mad at me? Beat you up in high school? #addmuscletomycharacter #myballsdropped”

Two female fighters are also unhappy with the way that they look in the game. ‘Rowdy’ Bec Rawlings tweeted: “Good news is i’m on the game..bad news is i look like @AlexTheMauler ?? wtf @EASPORTSUFC why u do me like that?”

Finally, Felice Herrig posted on Instagram: “Apparently this is my character in the new EA @ufc video game. I think it looks like me if I was Asian or a cross between me and @kailincurran

Are you happy with the EA Sports UFC 2 character models so far? Let us know how you feel about the renders in the comments below.