The latest news in the world of video games at Attack of the Fanboy
December 27th, 2016 by Mike Guarino 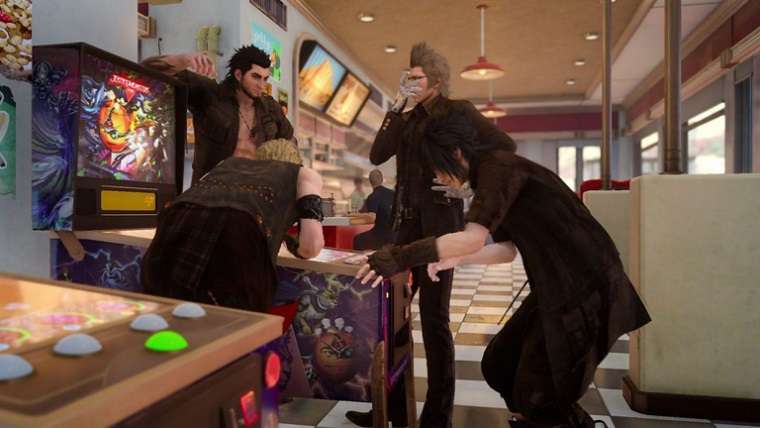 Final Fantasy 15 has a lot of content coming to it in the form of DLC in 2017, but one of its spin-offs will actually be shut down completely early in the year. Justice Monster 5 is a flipper game that appears within Final Fantasy 15, but was actually released as a standalone title on mobile devices earlier this year and features microtransactions. Square Enix has now announced that the game will officially be shut down on March 27th, with microtransactions being removed from the game on February 27th.

This announcement was made on the game’s official Twitter account, where they apologized for having to close the game down so soon. However, they did thank everyone who played the game, and also confirmed that there will be refunds for unused microtransactions that will be detailed closer to the shut down. The game hasn’t been on the market very long, as it only launched on August 30th.

It was also revealed that the other mobile game that they have in the works called King’s Knight: Wrath of the Dark Dragon also won’t be making its previously-announced 2016 release, which shouldn’t come as much of a surprise considering how late into the year we are. They did not give a new release date for the game, but they did promise that they would be announcing it as soon as it is confirmed with the team. Pre-registrations for the game opened in September, with the game being set to release for both iOS and Android devices.

Despite the unfortunate news regarding some of the spin-offs surrounding the game, Final Fantasy 15 has been doing very well since it launched late last month. The game’s director, Hajime Tabata, recently spoke about the strong sales numbers the game has been enjoying worldwide, while also adding some insight to the fact that the game’s sales numbers in Japan seem disappointing compared to previous games in the series. Final Fantasy 15 is available on PlayStation 4 and Xbox One, and you can read our review of the game if you’re still looking for reasons to check it out.