The latest news in the world of video games at Attack of the Fanboy
January 19th, 2017 by Joanne Choi 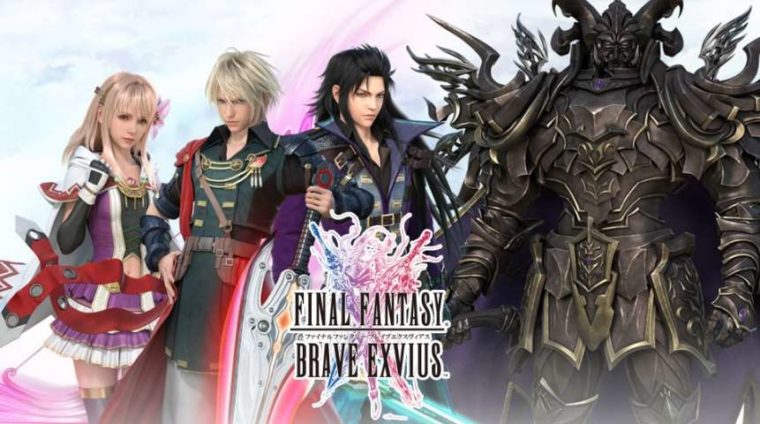 Following numerous development updates, it appears players will finally be able to recruit Ariana Grande in Final Fantasy Brave Exvius‘ latest event.  Don’t wait too long as the character is only available for a limited time, launching today January 19 through February 2, 2017.

Producers Kei Hirono and Hiroki Fujimoto at Square Enix gave a special message regarding details on how to obtain the character.   “Everyone will be able to get Ariana Grande’s in-game unit as long as they participate in the game,” global producer Fujimoto stated.  He continued, “Her character is a very powerful unit…so don’t miss this chance to add her to your party.”

Having previously announced the opportunity to collaborate with the artist for the first time, players can take on the ‘Dangerous Woman Tour.’  In addition to recruiting Ariana Grande’s character dressed in her signature Dangerous Woman bunny outfit, players will also receive a new equipment as a reward for completing the event as well as special abilities.

Square Enix also posted the official background music used in the event featuring the remix version of Ariana Grande’s “Touch It”.  Composed of an entire orchestra and stunning visuals, fans will be able to listen to the singer’s newly revised song of the original while playing the game.

Released in October 15 in Japan followed by a worldwide release last year, Final Fantasy Brave Exvius has become one of the most downloaded mobile apps for both iOS and Android platforms.  A spin-off of the highly acclaimed Final Fantasy franchise, players control a young knight Rain on a journey with his childhood friend Lasswell when they encounter a mysterious young lady, Fina, awoken from a Earth crystal and together they must settle the turmoil between Vision and Lapis in order to protect the crystals from falling into the wrong hands.

Have you recruited Ariana Grande yet? Let us know in the comments below!