Play with friends even if you don't own a copy. 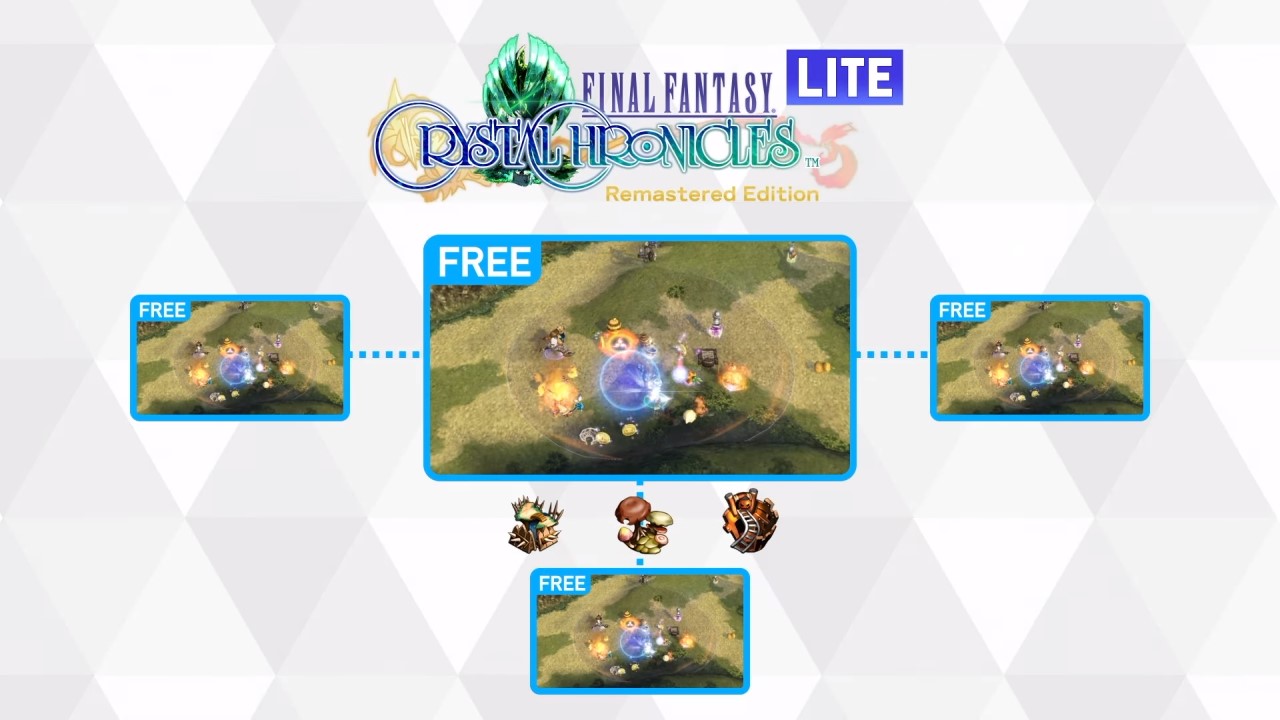 Final Fantasy Crystal Chronicles was one of those games I wanted to love, but couldn’t fully enjoy due to the cumbersome multiplayer requirements (wrangling up three friends who all had a Game Boy Advance and a link cable was impossible). With Final Fantasy Crystal Chronicles Remastered Edition that won’t be an issue any longer, though today’s trailer had a few more surprises to reveal.

While online multiplayer and cross-play have been known quantities thus far the New Features trailer showed off High-Difficulty dungeons, some additional character customization (including a bit about the Mimic system), and a few of the updated music tracks and voice-overs. The trailer saved the largest surprise for last – Final Fantasy Crystal Chronicles Remastered Edition: Lite Edition. It’s a lengthy and obtuse title, but the principle is simple: fans can play three dungeons without paying a dime. They’ll have access to multiplayer and cross-play, character customization, and all equipment attached to the free dungeons.

Better yet, if the host owns the full game there will be an additional 10 dungeons available to the Lite Edition players. Pretty much only one person in your group needs the game, though I’m sure the High-Difficulty dungeons are not a part of the 13 available to Lite Edition players. It’s not a bad deal all said – perfect for quick drop-in/drop-out co-op dungeon crawling. There is one stipulation worth mentioning, however: console players will need PlayStation Plus or Nintendo Switch Online subscriptions to take advantage of online multiplayer. Mobile users will only need to download the game, but it’ll have the same amount of content as the Lite Edition until they pay to unlock everything else.

Final Fantasy Crystal Chronicles Remastered Edition will launch August 27th, 2020 for PlayStation 4, Nintendo Switch, iOS, and Android (though Square does state the mobile release date is subject to change on their official website). You can check out the new features trailer below.