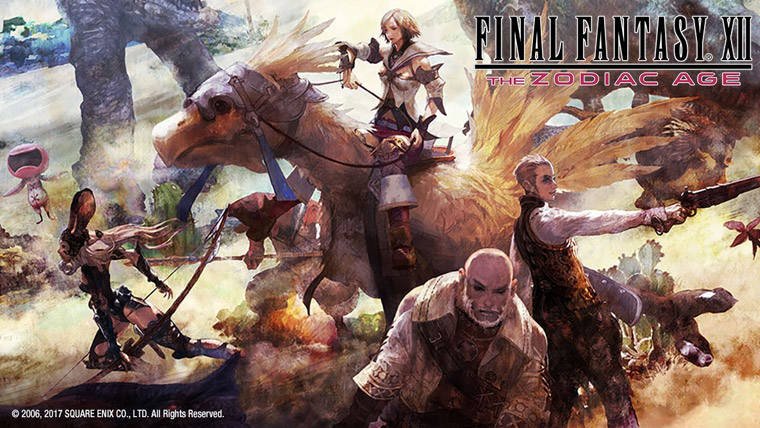 Square Enix has announced today that PC players will finally get to experience the world of Ivalice in the most advanced version yet. Final Fantasy XII The Zodiac Age will launch on Steam on February 1st, and will include some interesting graphic updates and gameplay features absent in the PS4 release last year.

For instance, the game will finally run at 60FPS, and the New Game Plus and New Game Minus modes will be accessible from the beginning, and all players will be able to switch the background music to the original, re-orchestrated, and soundtrack versions. There will also be the option to have maximum license points and gil from the beginning, for those who just want to go smoothly through the adventure.

The game is now compatible with 21:9 ultra-wide monitors, reaching a potential 48(16×3):9 experience if we use up to three HD monitors. Of course, the game offers full controller support, and support for Steam Trading Cards. The game will be released in a standard digital version and a special Collector’s Edition including the Collector’s Edition Steelbook with the original soundtrack, a five-piece Judge Masters Bust set, a six-card art set, and a digital download code for the game. This package can be purchased for $149.99 via the Square Enix Store.

Final Fantasy XII The Zodiac Age tells a classic story of war, empires, and treason, set in the unforgettable world of Ivalice, the same of the original Final Fantasy Tactics. We gave the PS4 version a glowing review, and the game has recently crossed 1 million sales.

Final Fantasy XII The Zodiac Age launches on PC on February 1st. Watch the trailer below.