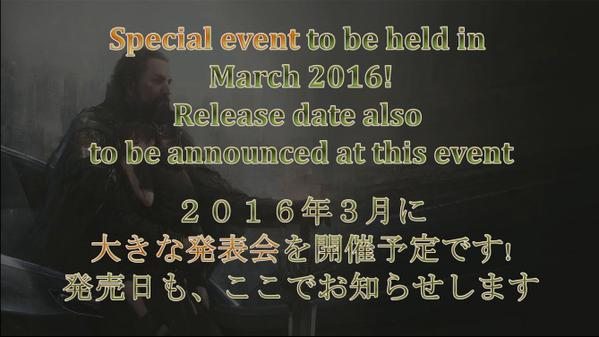 Square Enix will finally announce the release date for Final Fantasy XV. We will have to wait for the announcement until March 2016 though…

During the latest Active Time Report from PAX Prime, the game’s director, Hajime Tabata, made some exciting announcements regarding the release date.

In slightly good news, Square Enix did confirm that the release date for Final Fantasy XV will indeed be in 2016. This officially means the game is coming out exactly ten years after it was first announced.

Hopefully March 2016 will reveal even more juicy details about the game. Apart from the demo people played earlier this year, not a lot of big details have been revealed for the game yet.

It’s likely the release date for Final Fantasy XV will be around Fall 2016. Unless of course the game is coming out in September much like Metal Gear Solid v: The Phantom Pain is this year.

Fans will be happy to know it will have a simultaneous worldwide release date. This is unlike previous Final Fantasy games where they were released in Japan first.