The latest news in the world of video games at Attack of the Fanboy
April 27th, 2017 by Mike Guarino 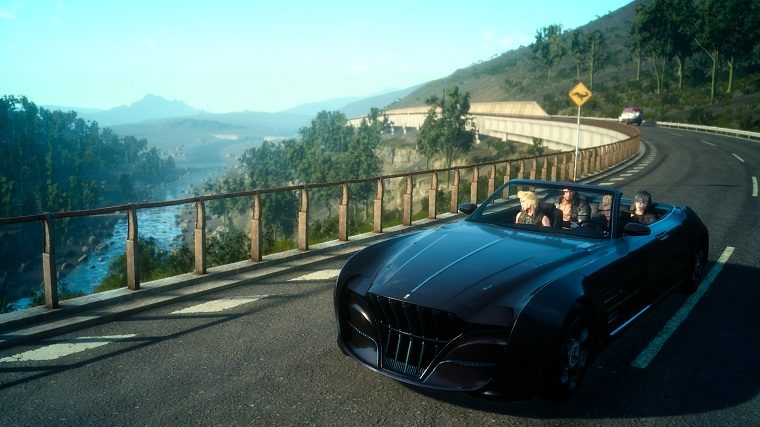 We learned recently that Final Fantasy XV would be getting a free update that adds several things to the game, and that update is now live on PlayStation 4 and Xbox One. The update adds things like decals for the Regalia, rankings to the game’s timed quests and more that should get fans back into the game.

The following is the complete list of things coming to the game as a result of the free April update:

The most interesting piece of content that is coming with this update is definitely the Afrosword, which is inspired by DJ Afrojack. This certainly isn’t the kind of collaboration that you would expect to happen in a Final Fantasy game, but I guess it just goes to show how truly weird Final Fantasy XV can get. The sword will be rewarded to anyone who manages to complete the upcoming timed quest, and actually switches the game’s music to an Afrojack-produced song upon equipping the weapon.

Despite Final Fantasy XV launching late last year, 2017 is set to be a big year for the game. We most recently got the Episode Gladiolus DLC that put us in the shoes of Prince Noctis’ strong protector, though it received pretty mixed reviews. However, more story DLC putting us in the shoes of other members of Noctis’ squad is on the horizon, with Episode Prompto coming in June and Episode Ignis coming at some point later in the year. A multiplayer co-op DLC will also be coming after all of this, allowing each player to take control of one of the four teammates.

Final Fantasy XV is available for PlayStation 4 and Xbox One.