The latest news in the world of video games at Attack of the Fanboy
August 3rd, 2017 by Dylan Siegler 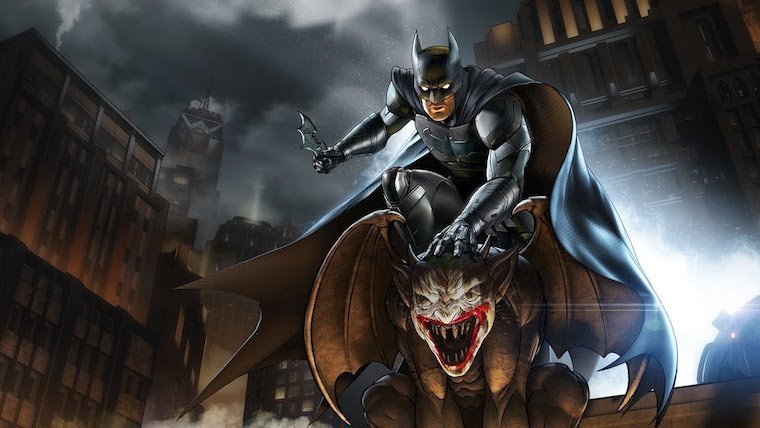 At this year’s Comic-Con, Telltale Games revealed a number of new games that they are working on. One of those games is Batman: The Enemy Within, which will act as the second season to Telltale’s Batman that came out last year. Today (August 3), just five days before the release of the game’s first episode, the first official trailer was uploaded to Telltale’s YouTube channel.

As we found out from the previous announcement, The Riddler will be a main enemy in Batman: The Enemy Within, or he’ll at least be a main enemy in the first episode. It seems that this iteration of The Riddler uses Saw-like torture devices to kill people who cross him. It is also explained by Commissioner Gordon that The Riddler leaves riddles at his crime scenes because he likes to think that he’s so much smarter than anyone trying to solve the murders that he can even leave clues and they still won’t catch him. Alfred also states that The Riddler has been terrorizing Gotham City since before Bruce Wayne started fighting crime as Batman.

The Riddler won’t be the only Batman villain in the game, however. John Doe from the first season makes his re-appearance and asks to cash in on the favor Bruce Wayne owes him for breaking him out of Arkham Asylum. You don’t need to have played the first season to know that John Doe is The Joker; simply looking at him will tell you that. It is unclear as of yet whether John Doe will play a somewhat minor role in the game, as he did in season one, or if he will be more important this time around.

Batman: The Enemy Within is currently available for pre-order for Xbox One, PlayStation 4 and PC. The first episode premiers next Tuesday, August 8.