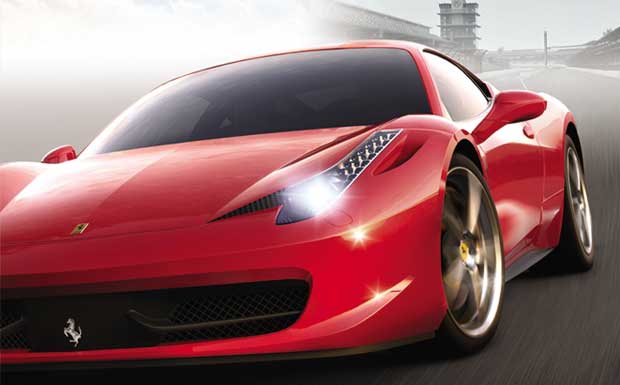 This fall Forza 4 will return and many people are already calling this the racing game event of the year.  Not many details about the upcoming racer from Turn 10 are out in the wild at this point, but many have speculated that the game will include some Kinect functionalities that go far beyond the virtual examination of cars.  If you’re all about the vehicles and could care less about the motion controller stuff, Turn 10 will be releasing a few limited edition automobiles to add to your collection at launch.

The car pack which will be packed into a limited edition “first production run” will include five exclusive vehicles.

Ford Mustang GT Coupe 1965: Take to the road in this classic American stallion, one of Ford’s most successful launch cars behind the Model A.

RUF RGT-8 2011: The spectacular RGT-8 is powered by a 4.5-liter V8 engine that has been fine tuned to deliver unmatchable sports car power and curb appeal.

Tesla Roadster Sport 2011: For luxury car fans, the Roadster Sport is electric heaven.  Get behind the wheel of this electric two-seater and go zero to 60 mph in 3.7 seconds with a peak rating of 288 horsepower.

Microsoft also announced today that there will indeed be a Limited Collector’s Edition of Forza 4 as well, though didn’t mention any of specifics about it.  They did however, release the box art for the racer, which showed the Ferrari 458 Italia as the “Forza Motorsport 4 Cover Car”.

Also noted in the press release from Microsoft, is that there will be a profile importation feature from Forza 3, by importing your profile you will automatically have cars added to your collection from the tireless hours you put into the last game, as well as importing liveries from the Forza 3 livery editor…cool.