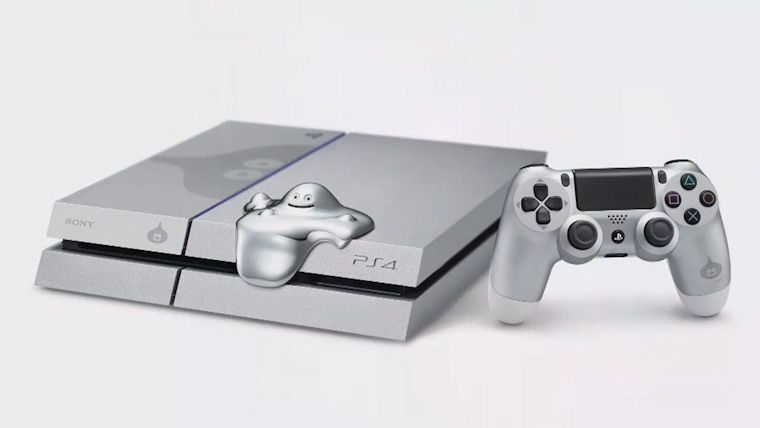 We also learned of a special edition Dragon Quest PlayStation 4 that would be coming in 2015 as well, in Japan at least, and now we have our first images of said console. The console, as can be seen above, features a silver design with a few appearances by the game’s iconic mascot, the Slime. We get the basic slime logo in a few areas, but also get a Liquid Slime across where the top and front of the console meet, which really makes it stand out from the regular PlayStation 4.

Luckily, there is a special edition controller as well that comes in the silver color scheme with the slime logo found on the bottom right side of it.

The only bad thing is that this console will more than likely not be seen outside of Japan, so you may very well have to import it if you are interested in picking this one up when it releases sometime in 2015.