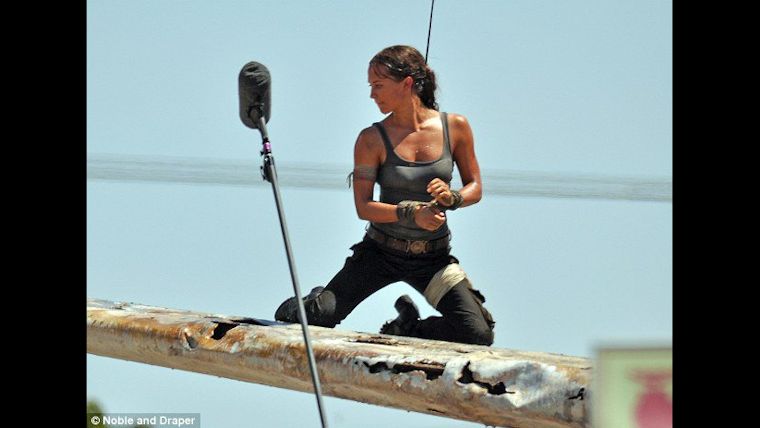 The Tomb Raider reboot series of games have been quite well received, so it was a no brainer that Hollywood would try to bank on that with a new movie series. It was recently revealed that the new Tomb Raider movie was starting production recently and now we have our first look at the new Lara Croft in action. 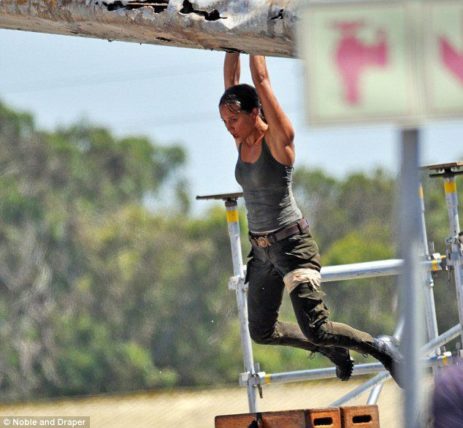 The new film series is set to star Oscar winner Alicia Vikander in the role of Lara Croft, with Hollywood newcomer Roar Uthaug directing the film. While he was previously announced as being in the cast, it was recently announced that Dominic West would specifically be playing her father in the film. Walton Goggins is in the movie as the antagonist, but we don’t know really anything about him at this point, and whether he will be the villain from the reboot Tomb Raider game or someone newly created just for the movie.

It has sounded for awhile that the movie would at least take a lot of inspiration from the reboot game series and that is very apparent in the first images that have been released courtesy of Noble and Draper via a Alicia Vikander fan Twitter account.

In the four images so far, we see Vikander in clothing that looks very reminiscent of the 2013 game, complete with the grey tanktop, pants, and even the bandage on her leg. This definitely seems to be taking quite a bit of the look from that game at least, but we’ll have to see with the exact details of the story. How much her father is involved would definitely be one way to tell how similar it is.

Tomb Raider is set to arrive in theaters in a little over a year on March 16, 2018. Make sure to check out the other new images below to see Vikander’s Lara on set. 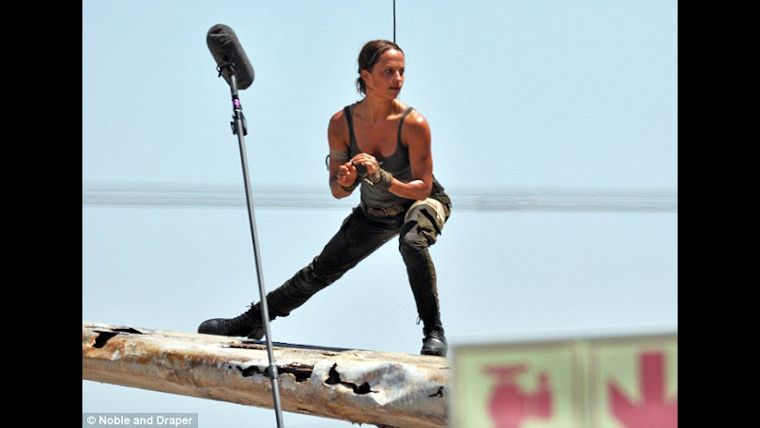 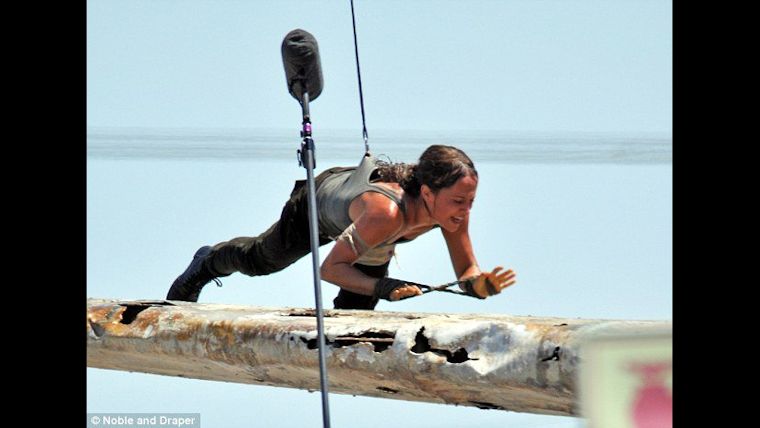