The latest news in the world of video games at Attack of the Fanboy
February 9th, 2017 by Jose Belmonte 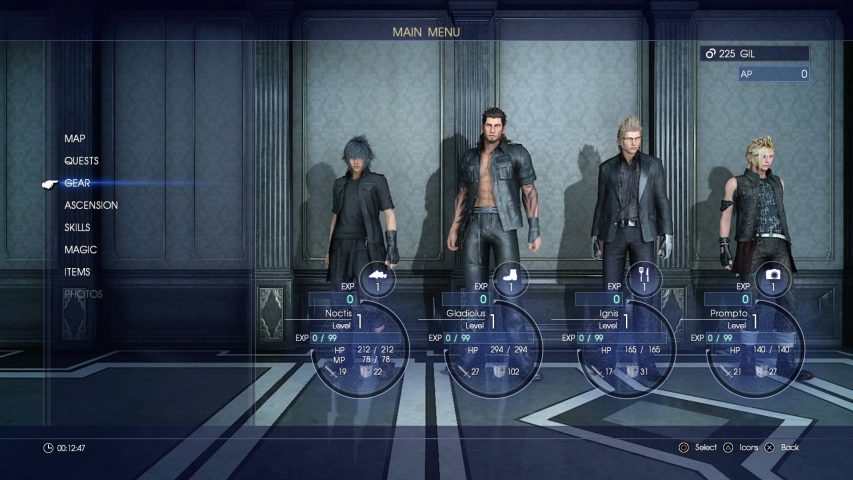 Hajime Tabata and a big part of Final Fantasy 15’s development team continue working on all the post-release content that will arrive in the coming months, and in a recent interview with DualShockers they got to give some glimpses into what’s coming. One of the elements that stood out was the in-game tool to create an avatar according to the player’s taste.

Take a look at the avatar-creation menu here.

In the game, we will use this menu to change the appearance of the character and use it for the multiplayer mode that will be available later in the year. However, Tabata also said that they are trying to figure a way to let players use their avatars in the main adventure as well, something that will add to the customization options already present since day one, like the different costumes that we can equip in order to change our appearance and stats.

Talking about the development of this feature, Tabata said “Right now, the current stage of development lets you change the character and morph it into another character that looks very different (…) We want to implement it so that you can use them in single player as well, although this is something usually made for multiplayer.”

The version of the feature that was showcased still had very limited options, but it already let you change the character’s height, face and muscle definition. The addition of other options like hair and skin color would be fun and bring some diversity to the roster of characters.

After a very successful launch, Tabata and his team face 2017 as a year to launch a series of downloadable content that will improve and expand the original experience. Among them we can expect new story chapters concerning characters like Gladiolus and Prompto, and the long-awaited patch to improve the infamous chapter 13, as well as PS4 Pro support that would get the game running at nearly 60FPS.