The First Trailer of Far Cry 5 Is Here 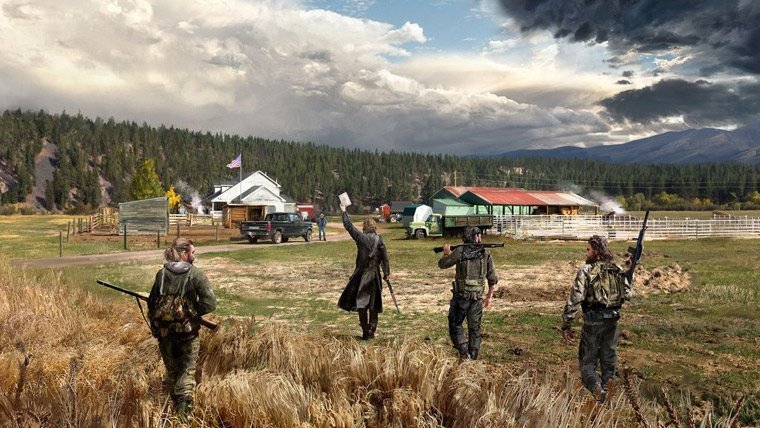 Ubisoft has just posted the first trailer for the long-anticipated Far Cry 5. The new entry in the open-world action series is set in Hope County, part of the state of Montana, where a religious group called Eden’s Gate is taking over the surroundings. Players will have to face this sect and all its fantatics, armed vehicles, and its leader, Joseph Seed, and will be able to do so playing alone or in cooperative mode.

The trailer, made with footage of the game engine, consists on various scenes of the Eden’s Gate fanatics bullying the population, while their leader is giving a speech at their church. We also get a glimpes of the rural setting and the animals that can be encountered, like wild bears.

Earlier this week, the company presented the official artwork of the game, which portrayed to perfection the religious undertones of the game.

All in all, this new chapter in the series promises to offer a violent and fascinating experience, with the same freedom of action that has become the franchise’s biggest appeal.