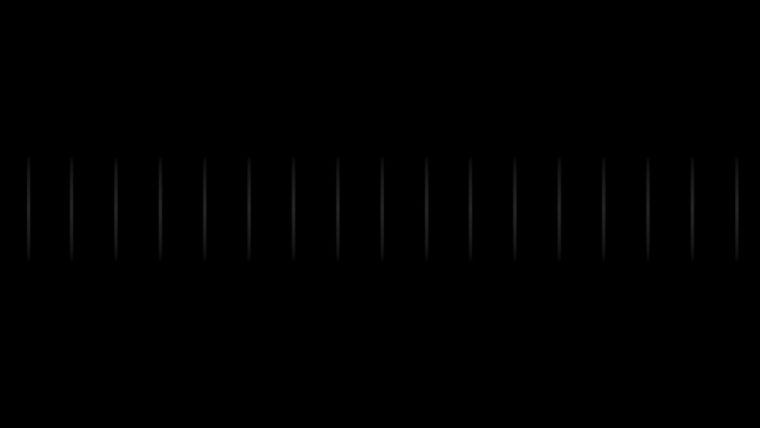 Five Nights at Freddy’s creator Scott Cawthon loves messing with his fans. Ever since the first game became a huge smash hit, Cawthon has teased his followers about upcoming sequels, and the hidden story within the game and its sequels. Every time he posts a new image on his website it is for something significant, usually either a new sequel to Five Nights at Freddy’s, or something related in some way. Today’s update is a bit of an extra tease because, so far, no one know what it is hinting at.

The latest image, as seen above, is just a black background with 17 vertical lines across it. Unlike most previous images, brightening or otherwise messing with the colors in the image yields nothing. Previous teasers have had hidden text or images within the picture, but this one is different in its simplicity.

Of course, the first thing that pops into fans’ heads is the possibility of a Five Nights at Freddy’s sequel. While the previous game was said to be the last, that has been the case before, so anything is possible. The recent release of FNAF World left many fans upset and wanting more of the traditional horror game experience. Whether Cawthon is up for creating a new one or not is anybody’s guess at this point.

Another great theory is that this image is a precursor to more to come. The possibility that the vertical lines will begin spelling out something, ala the original Alien trailer, has been put forward. Whether it will reveal something related to Five Nights at Freddy’s or not seems to be the only major question left unanswered. Cawthon has said before that he wishes to work on something new, so this could be that new project. What it will be, and what form it will take is the question on every fan’s mind.