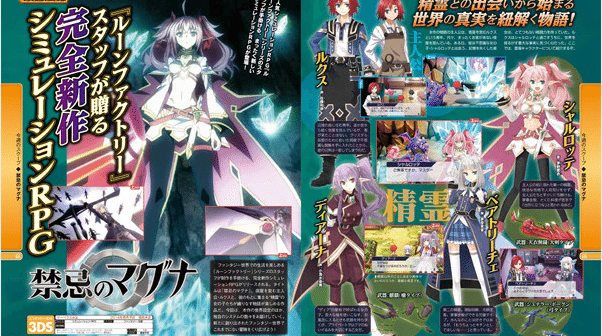 Fans of strategy RPG games for the Nintendo 3DS may have another title to pick up in the near future. XSEED’s executive vice president, Ken Berry, has announced that he would definitely be interested in publishing AQL Japan’s Forbidden Manga in North America.

Asked on the subject by Siliconera, Ken Berry was very pleased with the idea of bringing the RPG title to North American gamers. In fact, Ken would love to see more video game titles from AQL Japan release in North America. When asked about the possibility of the release Ken said the following.

“Oh yes, definitely. It’s still early in the development process. I think moving forward, we will be working much more closely with Marvelous AQL Japan and try to bring as many of their releases to the US as possible.”

Since nothing is set in stone quite yet, if the release does happen, we may get the game sometime this year. As always, we’ll keep you updated with the latest.