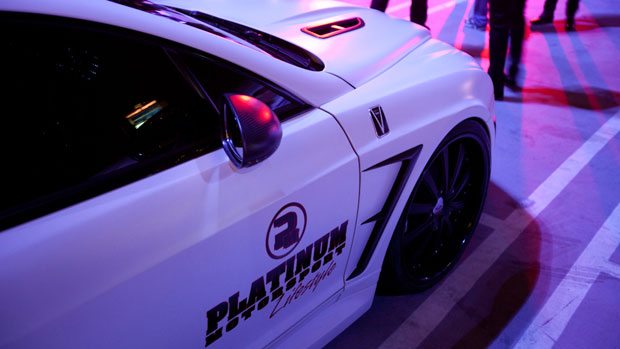 I am a “car guy.”  When I was a child I grew up surrounded by my dad’s copies of “Road and Track” and “Car and Driver.”  As early as age 6, I drew pictures of 911 Turbos and the duck-tailed Carrera RS.  I still remember the smell of fuel and polish and the feeling of hard acceleration in my dad’s 1973 BMW 2002Tii, which I now drive.  In high-school I could rattle off any spec of the Dodge Viper GTS coupe.  Last year I went to “Petit Le Mans” north of Atlanta.  This year I went to the “24hrs of Le Mans.”  I drove a Peugeot turbocharged diesel down the Mulsanne straight, through the chicanes, around Mulsanne corner, Indianapolis and Arnage, and finally through the Porsche curves.  As a young adult, I got into gaming due to Gran Turismo 3 and 4.  I bought a 360 simply because it had Porsche, and the 73′ Carrera RS.  I enjoy Forza 3, Shift, GT5 and Dirt3.

Last week Forza 4 was released.  Naturally I pre-ordered the limited edition about 4 months ago.  Unfortunately, Game Stop sold my limited edition copy because I came for it 4 days after release (in my defense I was working out of town).  Needless to say, I probably did more cursing and swearing in public that day than I can ever remember.  It was not my finest moment, but you can probably gather how big this game is for me.  I NEVER pre-order games.  I was pissed.

So after buying my regular edition of Forza 4 at a different retailer, I popped in Forza 4 to see what all the amazing reviews were about.  I knew it would beat Forza 3, and if you ask me Forza 3 is the most well rounded racing game/sim (trolls attack!!!) out there. For any racing game the driving experience makes or breaks the game, and on any racing game I play, I have one setup: 50 inch TV, steering wheel with petals, no assists (only shift without clutch, as I have no proper clutch), full damage, no HUD, cockpit view, surround sound on 11.  It works well and helps you focus on the road, the feel of your car, and not lap times or other bright dials that are absent in real life.  Forza 4 nailed it for me.  The sound was screaming like in no other game(the sound of the 2002’s roaring engine was spot on for example), and the handling was challenging yet quite realistic.  Now more than ever I can almost FEEL weight transferring from front to back, effecting grip and under/over-stear.  Brilliant.  I can’t comment how realistic every car feels (funny how so many kids are experts on how Ferrari’s “feel”…), but I can say that the 2002 is pretty much spot on, minus the real G’s.

Of the many things that I loved, the one feature that Forza has in spades is customization.

Of the many things that I loved, the one feature that Forza has in spades is customization. I’m not just talking about body kits and paint jobs… I am talking about the ability to buy or make highly customized and detailed liveries.  Check out some of the liveries for Gears of war 3, or Mass Effect, they are incredible.  Plus, just about every real life racing livery has been recreated in mind boggling detail by someone.  Cars are about making it your own, upgrading it (including break upgrades… yes “sim” fans, cars can upgrade breaks in real life…) and setting it up to fit your driving style.  No racing game can touch Forza 4 for customization, not by a long shot.

Online multiplayer has never been my thing, but Forza 4 has a very strong multiplayer offering.  From car soccer to drag racing to Forza Le Mans (4 class racing), there is something for everyone in Forza 4’s multiplayer.  My big critique for Forza 3 was having only 8 cars on the track… now the car count is increased to 16.  Plus, we now have car “clubs” so that like-minded petrol-heads can keep in touch with one another, and the “rivals” mode where people can race one-another at their own leisure for bragging rights.

Everyone is a graphics whore these days, and we expect nothing less than the best.  GT5 is incredible (just ignore the standard cars), and even Dirt 3 did not fail to impress with it’s great day/night cycles and weather effects. Forza 4 punches just as hard as any game out there in the graphical department.  Everything flows by smoothly in 60fps glory, and the level of track detail ranks with, or surpasses the best games out there (Dirt 3 was my old standard on consoles).  The new lighting system is impressive.

The cars are great.  Unlike competitors, Forza 4 manages to balance volume, quality, and variety.  With over 500 cars you get about double the cars of GT5 (ignoring the 800 standard cars from GT4), and 10,000x the cars from a game Like Dirt 3.  The bonus if that there is a huge variety of manufacturers from around the world (although the increase in muscle cars is a direct attempt at targeting the American market, because as Jeremy Clarkson would put it, no one else is dumb enough to want to drive such stupid cars, GT40 and Shelby Daytona aside…), and the number is not padded by 50 similar, but slightly different versions of the same Asian car.  F Class cars aside, just about every car in Forza 4 is gold.  They even have the Ford Falcon from Mad max and “Love the Beast” car-doc by Eric Bana.

The narrator is bland and dry, and you should just save yourself the time and listen to Jeremy Clarkson’s commentary.

There were definitely some things in Forza Motorsport 4 that left me unimpressed. The widely hyped Auto-vista feature was a bit of a snore to me.  The narrator is bland and dry, and you should just save yourself the time and listen to Jeremy Clarkson’s commentary.  He is often brutally honest, and always entertaining.  To be honest, he could talk about cardboard, and I would love it.  Kinect integration is ok.  Head tracking works surprisingly well, but I admit to not bothering most of the time.  Kinect in auto-vista is a bit cumbersome (isn’t all Kinect?), and the kinect steering experience just isn’t for me (see my setup above).  Still, the effort is appreciated, more-so the fact that it is optional.

GT5 fanboys like to point out that Forza 4 lacks full day/night cycling and weather effects, so I will point this out now.  The ironic part is that I think Dirt 3 does those best.  Still, there are morning/mid-day/dusk options, which is better than a kick in the pants, and they look great too.

No game is perfect, and Forza 4 is no exception.  The big killer for me was the loss of Porsche, and especially Porsche motorsport.  Yes we now have 2 Ruf cars (3 if you have limited edition, 1 if you don’t buy the game new), but Ruf is not Ruf without the Yellow Bird, end of discussion.  If you don’t know what that car is, you don’t belong in this article.  Plus get ready to race in S Class or higher if you like your German cars with the engine in the back.  Ironically, the old Porsche slogan holds true: “Porsche, there is no substitute.”

All in all,  I was,  and am impressed with Turn 10’s latest.  Forza 4 is the top of the pile for racers, and racing sims.  No other game is so varied and complete while still being able to do so many things so well.  Sure it has a few minor flaws, but than so does every other racing game out there.  In the end where Forza 4 shines is on the track, driving hard and loud with all assists off.  It is a celebration of cars, and it has something in it for everyone, from the little kid drawing cars and dreaming, to the man who races his car at the local track on weekends.  If you love cars, do yourself a favor and get this game already.  If you love GT5, get off your high horse, buy this game, and love cars, not consoles.