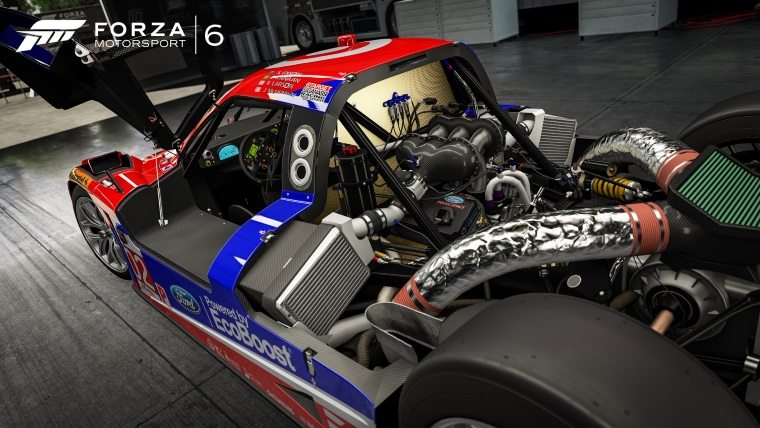 Forza Motorsport 6 is about to get even more cars for fans to try out with the release of the Alpinestars Car Pack tomorrow. The pack comes with seven new cars and costs $6.99, though players with the Forza Motorsport 6 Car Pass will receive it for free as part of that service. Alternatively, gamers can purchase each of the cars individually, though the pack will come with a discount.

That first one was the car that won last year’s Rolex 24 Hours of Daytona race. This weekend will see the 2016 run of that same race, which will be celebrated in-game. “Forza Motorsport 6 is the only game where players can drive last year’s Rolex 24 Hours of Daytona winner on the recently remodeled Daytona International Speedway. To celebrate this, beginning on Jan. 28, Forza Motorsport 6 players will be able to compete in a special Rivals mode featuring the Ford Daytona Prototype on the Daytona Sports Car Circuit for a chance to win amazing Alpinestars prizes.”

Forza Motorsport 6 is available now exclusively for Xbox One.