The latest news in the world of video games at Attack of the Fanboy
November 17th, 2015 by William Schwartz 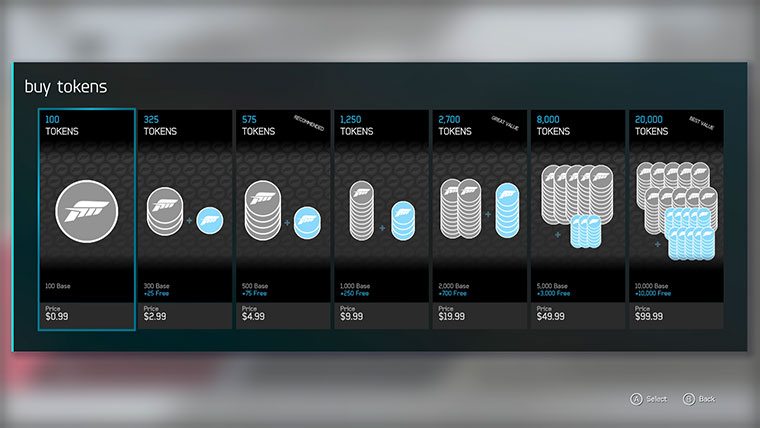 Following an update to the racer, Tokens are now available for purchase that can be purchased in a number of denominations and be used to acquire cars, upgrades, and mods in the game.

The game now features prompts to purchase Tokens where in-game transactions can be completed by adding currency.  It’s worth noting that there is an option to turn off the prompts, tucked deep in the HUD options if you don’t want to be reminded of this new feature while playing.

The Token packs range from 100 Tokens for $0.99 to 20,000 Tokens for $99.99, with varying bonuses as you purchase bigger packs.  The image above shows the new Token purchase screen that you’ll be prompted with if you try to buy something in Forza 6 and have insufficient in-game currency for the purchase.

It’s unclear how much, if at all, this affects the game for players.  Forza Horizon 2 had a similar system integrated into that game when the Storm Island expansion released.