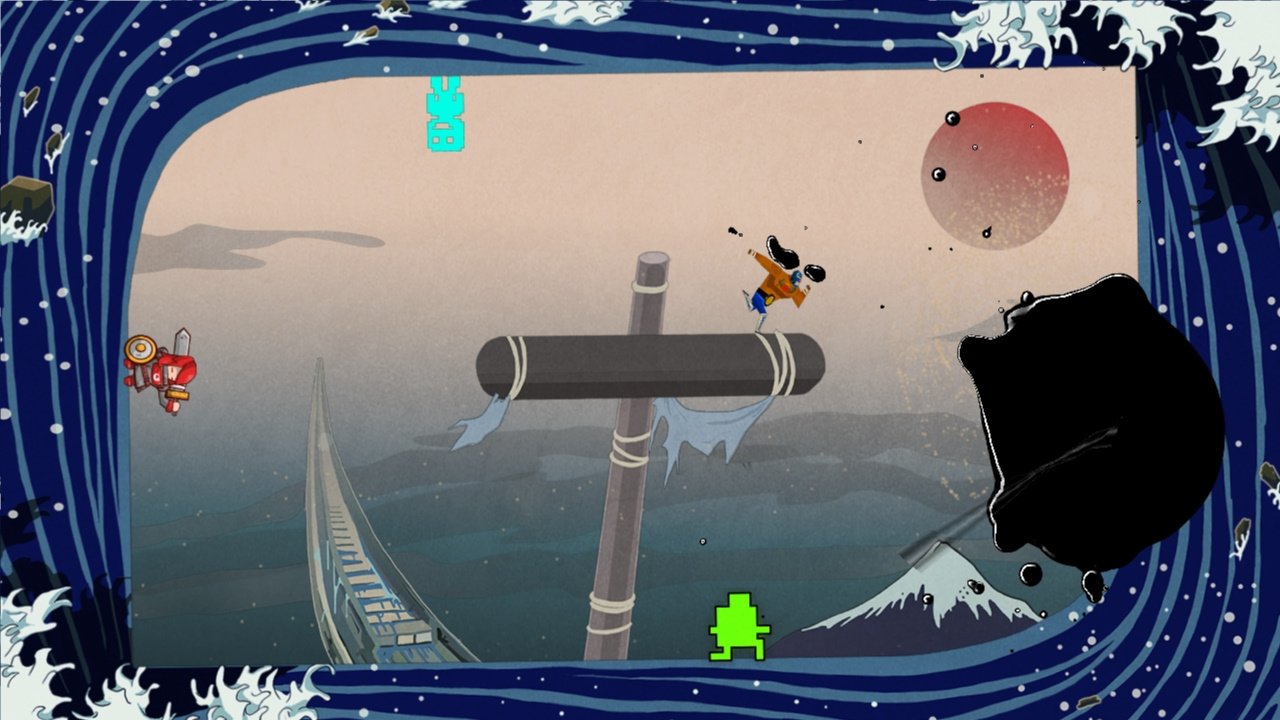 Fans of brawlers like Super Smash Bros, Towerfall might enjoy this fast-paced title from Dan Holbert. After much anticipation from fans, they have finally announced the Paperbound release date set for later this month.

Paperbound is set to allow players enjoy classic brawling from the comfort of their couch via four-player local multiplayer battles. Players will be able to take on the role of one of eleven characters from various books such as A Journey to the Center of the Earth, Dante’s Inferno, Musashi’s Book of Five Rings, the ancient Egyptian Book of the Dead, and Skull Kingdom. There are also several guest characters such as Juan Aguacate from Guacamelee! and The Locksmith from Monaco to name a few. There will be eighteen stages based upon the five books that players will be able to battle on and four different game modes coming in both single and team flavors. The game is very much an 8-bit brawler that the developer himself has compared to Smash Bros but without the whole online thing. It looks like an interesting little couch-co-op and multiplayer title for fans of the genre. It will also launch complete with AI bots for single-player brawling fun.

The Paperbound release is set for March 31st on PC and PlayStation 4. It will retail for $9.99 on PSN and Steam.