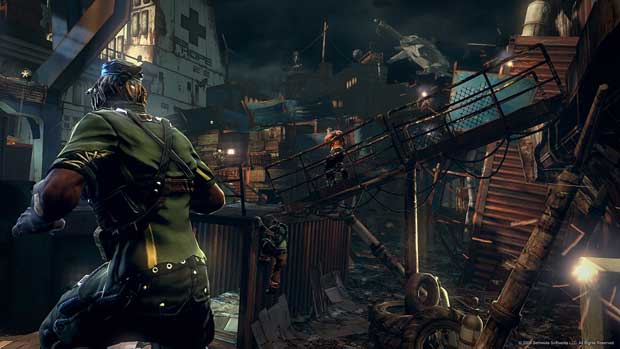 The first set of DLC for Brink is going to be free as announced by Splash Damage and Bethesda.  The developer is looking to reward those that have “shown their support” for the title that has not been without its problems since launch.

The game which featured a day one patch for minor issues across all consoles is seeing other changes develop to foster and better the online experience which the game is centered around.

The “configuration change” alters the online experience on Xbox 360 and scheduled for PS3, will limit the number of human players to eight in the campaign portion of the game and a majority of freeplay modes.  Eight on Eight gameplay is still available through a “Big Teams” freeplay configuration on the game.

As the developer seeks to constantly better the experience for the players of the game, you can see the free DLC sometime in the near future.