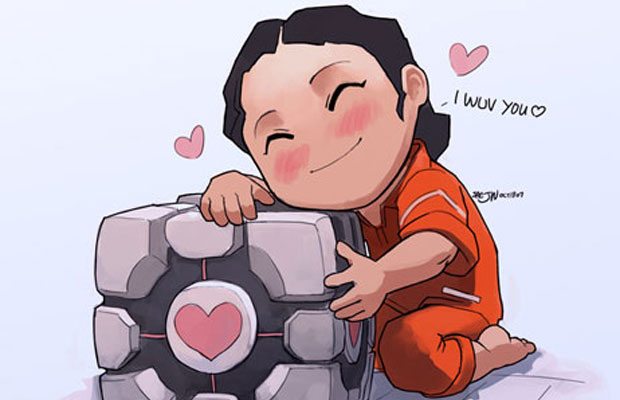 Valve has recently announced that the PS3 users who buy Portal 2 will get a voucher with their purchase of the game for the Steam version as well.  Gabe obviously wasn’t kidding around when he apologized to the crowd at E3 2010 and admitted his wrong in waiting so long to develop for the PS3 platform.  And now he’s making good on his promises and then some.

PlayStation 3 gamers will not only get the free copy of the Steam version of the game, they will be getting nice and cozy with their PC friends being that the game has cross platform capabilities.  Which will give players on the PC and PS3 (Mac too) the ability to play cooperative or multiplayer gamemodes with each other, and Valve goes as far as to throw a little cloud based storage in for you as well.

Just hearing about all of goodies that Valve has in store for us is making me even more excited for Portal 2.  The game will no doubt be phenomenal but for them to sweeten the deal even further is just another reason why Valve is the best.  The only thing missing from making 2011 the year that Valve asserts it’s dominance is that Half Life announcement that’s coming at E3 2011, dare to dream.