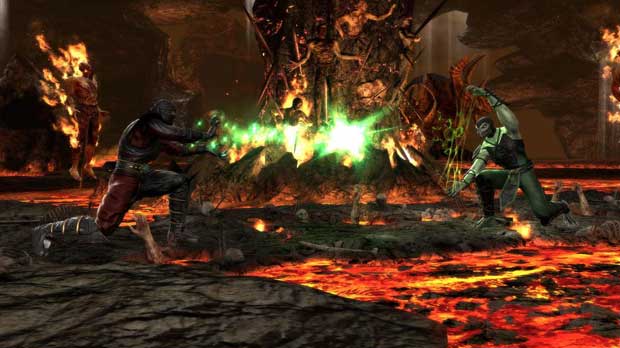 The downloadable character Kenshi is hitting the Mortal Kombat arenas on July 5th via DLC, for a fee.  However, there’s also a mandatory update that all players must download, and with it you’ll get two free classic skins for Noob Saibot and Smoke.  The wardrobe updates won’t change how the players perform directly, unless that is Nether Realm changes any of the stats for the characters in the update.

This is the second round of skins to hit the game, as the first two dropped with the Skarlett release, and compatibility pack update.  There are two more scheduled releases for the game after the Kenshi release.  The third character is Rain, with the fourth character being an unnannounced warrior, it’s entirely possible that NetherRealm sticks with this trend and continues to offer up the new skins for the fighters.