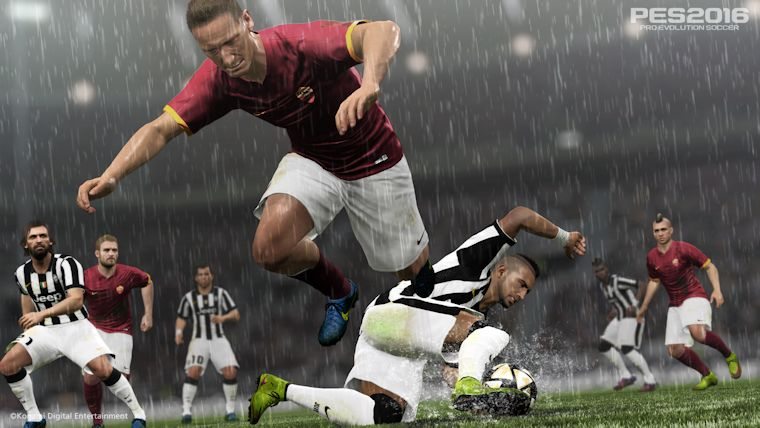 Konami has announced that it will be adding a free DLC update to PES 2016 that will include the EURO 2016 football tournament.

The press release states: “Konami Digital Entertainment will release its official game of the UEFA EURO 2016 tournament as a physical and digital stand alone edition on April 21st on PlayStation 4 and PlayStation 3.”

The best part of the news is that existing PES 2016 owners will be getting the UEFA EURO 2016 tournament for free. The DLC will be included via an update that will be available on March 24th. This includes the PC, PS4, Xbox One, PS3 and Xbox 360 versions of the game.

Of the 24 teams that will take part in the UEFA EURO 2016 tournament, only 15 of them will be fully licensed. The fully licensed countries are: England, Wales, Germany, Spain, Portugal, Italy, Ukraine, Czech Republic, Croatia, Slovakia, Iceland, Turkey, Albania, Northern Ireland and France.

The UEFA EURO 2016 tournament is one of the biggest football events in Europe. It occurs every four years and is pretty much second in stature to the actual World Cup.

It’s great to see that Konami is giving gamers two ways to access the UEFA EURO 2016 content. Bear in mind the standalone release is for PS3 and PS4 only. The tournament is licensed to Konami this year so don’t expect to see a FIFA 16 version of it.