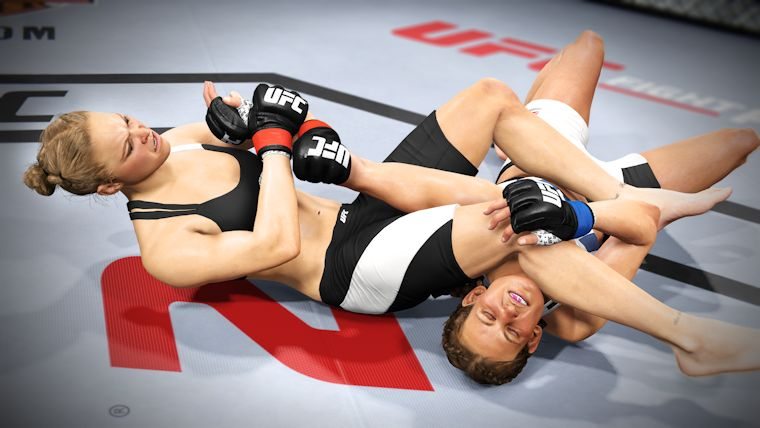 EA Sports UFC 2 already includes two ‘fantasy’ fighters as Bruce Lee and Mike Tyson are in it. Sadly, we may not see anymore people that aren’t/weren’t MMA fighters as DLC.

PlayerAttack had a chance to speak with Brian Hayes who is the creative director for EA Sports UFC 2. He sadly doesn’t think other special guests like that will be in the game in future updates as they will mostly focus on actual MMA fighters.

He said: “Haha! That’s a very interesting question, I don’t think we’re looking to putting any “fantasy characters” as post-launch content for UFC 2, so I guess that’s half the answer. In terms of the future of the franchise I can think of few names that would resonate as strongly as Mike Tyson and Bruce Lee do.

As time goes on it will become an increasingly difficult question to answer and you then run the risk of diluting the quality of the roster of fighters. No disrespect to Jean Claude Van Damme, but Bruce Lee or Mike Tyson he is not.”

There will be more fighters added to EA Sports UFC 2, but don’t expect to see actors or any other outside celebrities. They’re more than likely going to add legendary MMA fighters instead.