The latest news in the world of video games at Attack of the Fanboy
November 11th, 2014 by Kyle Hanson 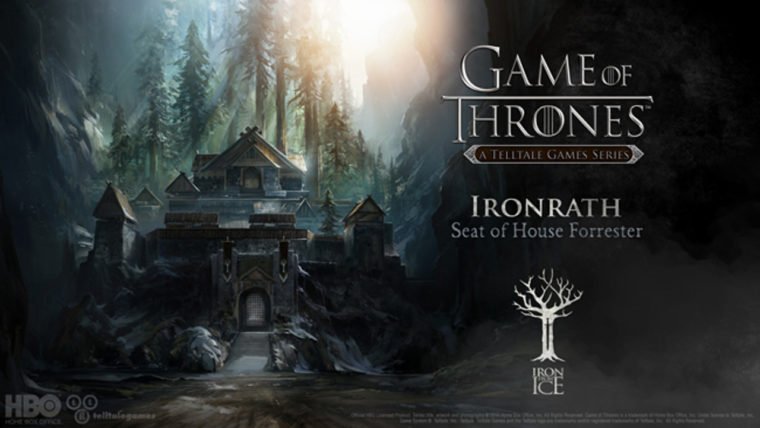 Telltale has finally revealed some tangible story details for their upcoming series based on the Game of Thrones television series. Fully titled Game of Thrones: A Telltale Games Series, the game will put players in control of various members of House Forrester as they get caught up in the events surrounding the War of the Five Kings. According to Telltale “the events in our game series begin towards the end of Season Three of the TV show, and end right before the beginning of Season Five. You will visit familiar locations such as King’s Landing and The Wall, as well as unfamiliar locations such as Ironrath, the home of House Forrester.” House Forrester, the main stars of the game, are mentioned at random times throughout the books, but nothing of note has been shared about them. This allows the games to take place within the world that we love while featuring new events and plot that viewers and readers aren’t familiar with.

Multiply the actions of one character by five, and you’re truly playing the Game of Thrones…where you win, or you die.

Describing House Forrester Telltale wrote “House Forrester is a noble house from the Wolfswood in the north of Westeros. Bannermen to House Glover, they have always offered unswerving loyalty to the ruling great house of the North – the Starks. The Forresters are seated at Ironrath, an imposing stronghold surrounded by towering ironwood trees. Built over fifteen hundred years ago by Cedric Forrester and his triplet sons, Ironrath is a testament to the strength and endurance of Ironwood. The Forrester house words are ‘Iron from Ice’, which echoes their belief that – like the ironwood itself – the adverse conditions and unforgiving landscape of the North only makes them stronger. Ironrath sits on the edge of the largest ironwood forest in Westeros, which has proven to be a strategic advantage for the House. The trees are a valuable commodity; many of the best weapons, ships, and defensive structures include the use of ironwood. House Forrester controls the majority of the ironwood forests in the Wolfswood, much to the chagrin of their bitter rivals, House Whitehill.”

Players will ultimately take control of five different characters throughout the six episodes of the series. Actions and choices from one character will impact all of the others as per Telltale’s other series The Walking Dead. “Multiply the actions of one character by five, and you’re truly playing the Game of Thrones…where you win, or you die.”

Gam of Thrones: A Telltale Games Series will be available on PS3, PS4, Xbox 360, Xbox One, PC, Mac, and iOS with the first episode titled “Iron from Ice” said to be “coming soon”. With Telltale sharing all of this info it seems like the launch should be right around the corner.

Game of Thrones The Walking Dead
We're Looking For Contributors