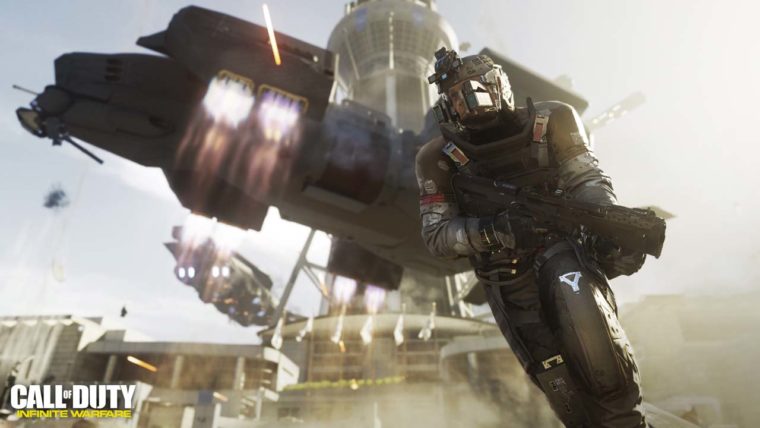 A Twitter user found some more images on the warships that will be a part of Call of Duty: Infinite Warfare. Space combat is new to the franchise, although a lot of fans aren’t liking the new direction that the series has been taking. 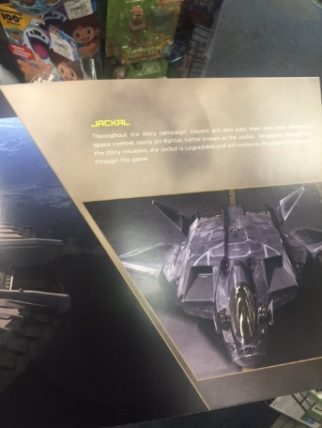 The Twitter user posted several images of the Gamestop flyer he received and it shows a lot about the warships in Call of Duty: Infinite Warfare. It’s worth mentioning that the space combat will only be a part of the single player campaign. Details from the flyer can be seen below.

Introducing Warships to Call of Duty: “Call of Duty: Infinite Warfare will be the first Call of Duty game to make air and space combat a key aspect of the Campaign. Players will experience new combat scenarios and environments that add tremendous variety and excitement to the campaign mode”

Throughout the campaign, there will be a spaceship that acts as the player’s home called “The Retribution”. In the campaign, you will also pilot a fighter jet called “The Jackal”. Another image just showed a render of what looks like an enemy soldier. You can see more of the images by clicking here.

Call of Duty: Infinite Warfare will be out on November 4th, 2016 for the PC, PS4 and Xbox One. If you buy the special edition of the game, you will also score yourself a digital copy of Call of Duty: Modern Warfare Remastered.