Gearbox Software to Publish We Happy Few on Consoles in 2018 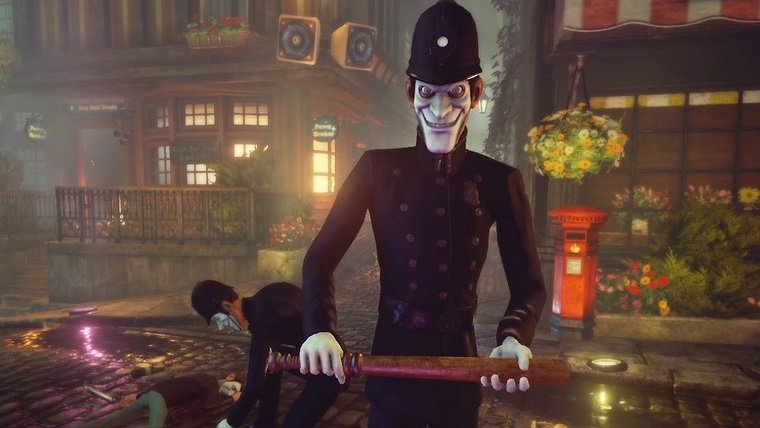 We Happy Few is a survival horror game developed by Compulsion Games where players navigate a dystopian society doped up on hallucinogenic drugs to make them “happy.” Unfortunately, they lose part of their identity and morality in the process. It originally came to Early Access and Xbox Game Preview in 2016, and now Gearbox Software has announced that they will be publishing the game at retail and it will be coming to PlayStation 4 as well.

In their own announcement, the team at Compulsion explained that Gearbox initially approached them about this partnership after it released into Early Access. Thanks to Gearbox’s backing, Compulsion can release the “complete version” of their game. With a scope increase that they’ve been planning for a while, Compulsion rewrote the stories of We Happy Few’s three characters and created a much larger world for players to explore. Because of this, the game will be a full sized retail experience and cost $59.99.

Compulsion also revealed that they will begin to work on DLC for We Happy Few once development on the main game completes. Don’t worry though, as the studio assures players that their DLC will not be existing cut content from the game. Instead, future DLC gives the team a chance to get really creative and try out crazy new ideas that could even be non-canon within the universe.

Kickstarter backers who have been with this project since the beginning will receive the Season Pass for free. Those who pledged to The Beer Tier (the lowest tier) will receive a free digital copy of the game as a way of proving that even a little support can have a big impact.