Get Your Paper Mario Kart On with the Labo Vehicle Kit 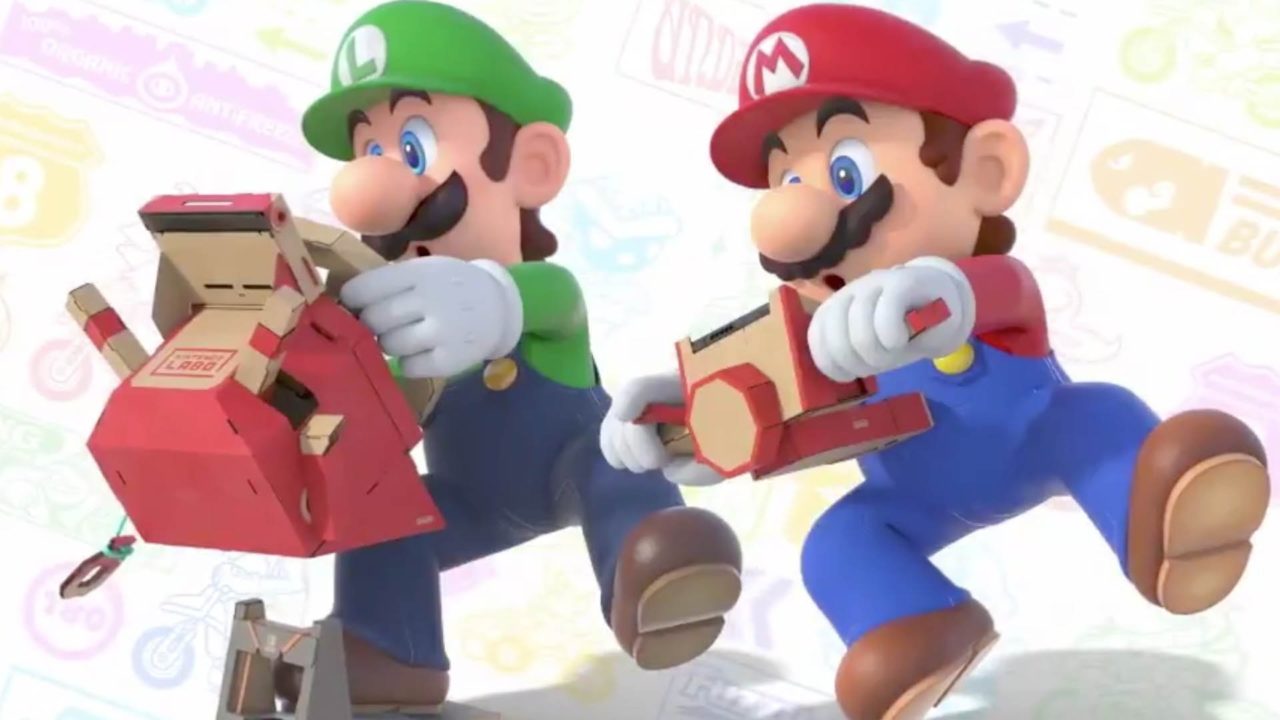 Back in June, Nintendo’s Labo Variety Kit became compatible with Mario Kart bikes in its Motorbike formation. You could use the handlebars to lean the bikes, pop wheelies, jump, and of course, fire weapons.

The whole aim of Labo is to further thin that line between input and game, striving to make it more and more intuitive and bike handlebars do just that. Back on the Wii, if you fell for it, there were plenty of steering wheel peripherals that came out with Mario Kart Wii which itself was bundled with one. Even back then, despite some bugginess, it was a lot of fun to race with.

Those of you pining for those days are in luck. Nintendo’s upcoming Labo Vehicle Kit is now confirmed to be compatible with Mario Kart 8 Deluxe to control any in-game vehicle. That ‘in-game’ is an important distinction!

#NintendoLabo Vehicle Kit will be compatible with #MarioKart 8 Deluxe! Use the Toy-Con Car, Pedal, and Key to control any in-game vehicle in every game mode! https://t.co/9hp7IHHAZg pic.twitter.com/clLUSTFwG5

The trailer shows how you can use the pedal, the wheel and, of course, on-dash buttons to do all the things you need to to overtake a friend last minute with a flurry of shells to steal first place.

The Vehicle Kit announcement trailer showed all of those things but in a video showing a Labo-associated game where you jump between land, sea and skies by controlling a car, submarine or plane. The kit can build all three of the necessary steering consoles, which allows you to jump between them as you choose, simply by moving your Toy-Con. This also allows for some multiplayer, multi-vehicle action.

Nintendo Labo was announced back in January of this year and was seen as such a brilliant idea that Nintendo’s stock price jumped 2.4%. Upon release, while not without its critics, the kits have been praised for how well they combine real-world building with digital application, giving kids and their parents a unique type of activity to engage with while stirring creativity amongst its builders.

There is no word yet on support for other racing games on the system. I don’t see why that wouldn’t be an option and would certainly lengthen the life cycle of the kits pushing their relevance beyond launch-associated games. It would of course require developers to release updates with Nintendo’s approval, so who knows if it’s something they’re exploring. Will we see The Crew 2 head to the Switch just for the vehicle swapping joy? Who knows.

The Vehicle Kit comes out on September 14th for $69.99 and is available for pre-order already. Start your engines! But wait until 2…