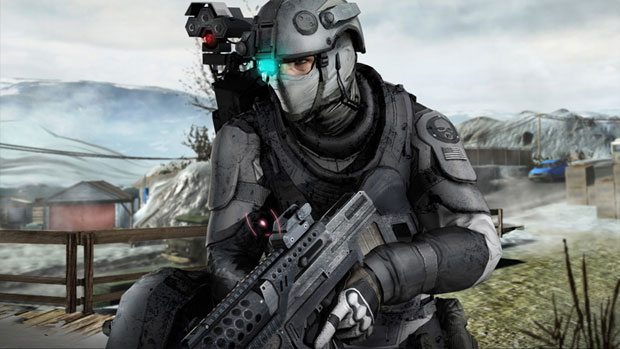 Ubisoft has released its 2011 release schedule and Ghost Recon Future Soldier still does not have a concrete release date.  But not only does the game not have a concrete release date for 2011, it’s listed as a possible 2012 release.  This latest development is disheartening to fans of the series, and lets not hope this game goes the same road as Splinter Cell: Conviction which experienced numerous delays, also developed by Ubisoft.

At one time the Ghost Recon series had been one Ubisoft’s most important franchises.  The series has experienced fantastic success in this console generation with Ghost Recon Advanced Warfighter or more commonly reffered to as G.R.A.W.  Last year at E3 2010, we got our first peek at Ghost Recon Future Soldier, and it was impressing to say the very least.

Tom Clancy’s Ghost Recon: Future Soldier is a tactical shooter in the Tom Clancy’s Ghost Recon franchise which drops players in the middle of a covert operations throughout Europe against fictional ultranationalist groups. In this hot war players must use both individual skills with weaponry large and small, as well as be able to work with their fellow squad members to complete mission-based objectives. Additional features include: optical camouflage, making players virtually invisible, new support options via heavily armed ground and air combat drones and single player campaign, co-op and multiplayer play options.

Ghost Recon Future Soldier has a tenative release date for FY 11/12  for PlayStation 3 and Xbox 360.