The latest news in the world of video games at Attack of the Fanboy
May 30th, 2017 by Al McCarthy 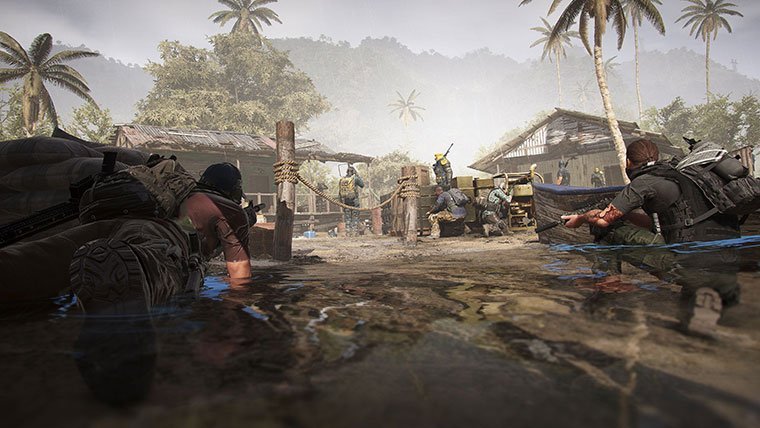 The second bout of downloadable content for Ghost Recon Wildlands is now available for Season Pass holders of the game.  “Fallen Ghosts” takes place after the events that lead to the fall of the Santa Blanca cartel.   Bolivia is in a state of civil unrest, that of which the Unidad is unable to contain so they increase their military forces with cartel members, veterans, mercenaries and criminals from various countries as voluteers to help regain control and track down the American agents in the country.

Fallen Ghosts features 15 new missions and four new bosses across three different regions of the country.  The expansion once again has players starting with a brand new character, although they will be a level 30 and have all of the skills from the base game.  The level cap for Fallen Ghosts increases from 30 to 35 and throughout the DLC players will unlock nine new skills and abilities.

While the DLC is available for Season Pass holders, it will also be available soon for those that don’t.  It will release standalone on June 6th for consoles and PC for $14.99.   In the coming months, there should be more DLC for Ghost Recon Wildlands, including a PvP mode that we don’t know much about just yet.