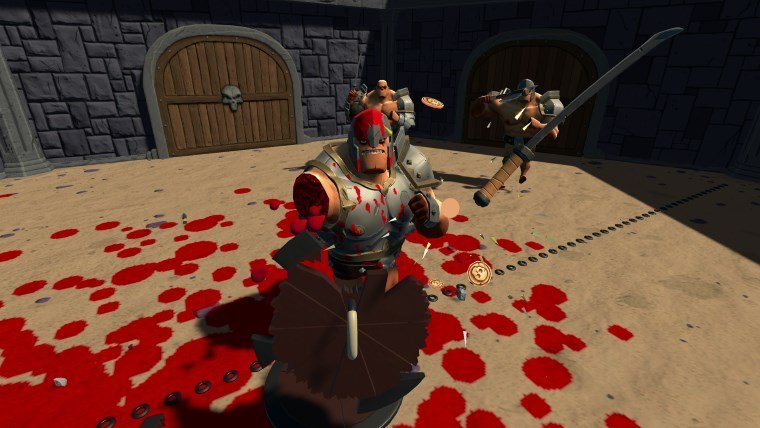 GORN is easily one of VR’s best games and it isn’t even out in Early Access yet. Released for free, the game was pretty bare bones early on, but the developers have been working hard to add features and content as they head toward a full release. Today GORN publisher Devolver Digital has finally announced the Steam Early Access release date of July 10th, alongside a new trailer that showcases some of the big changes.

“GORN is a ludicrously violent VR gladiator simulator, made by Free Lives, the developers of Broforce and Genital Jousting,” reads the press release.

“Featuring a unique, fully physics driven combat engine, GORN combatants will be able to creatively execute their most violent gladiatorial fantasies in virtual reality. Savagely strike down an infinite supply of poorly-animated opponents with all manner of weapons – from swords, maces, and bows to nunchuks, throwing knives, massive two-handed warhammers or even your blood-soaked bare hands. The only limits to the carnage are your imagination and decency, in the most brutal and savage VR face-smashing game ever produced by man.”

As a VR enthusiast I somehow had missed out on GORN until very recently. Downloading it and loading the game up I expected a quick run through before never touching the game again. Instead my friends and I spent the next few hours playing the game, working up a sweat as we beat our fellow gladiators to a bloody pulp. We’ve played the game a few times since then, but mostly we’ve been waiting for this release to solidify it as a VR favorite.

If you have an HTC Vive or Oculus Rift (no word on any possible PSVR version yet) then you owe it to yourself to check out GORN once it hits Steam Early Access on July 10th.