Goro Is Being Teased For Mortal Kombat X 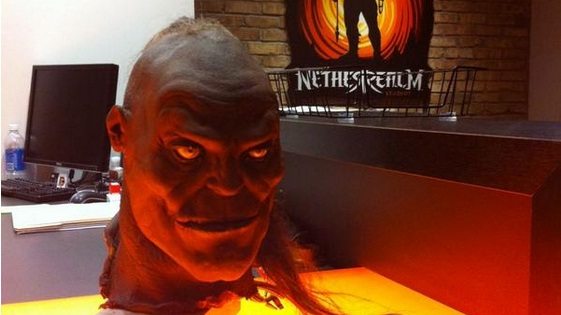 Ed Boon has been teasing some type of announcement for Goro being in Mortal Kombat X is imminent.

Usually game developers tease announcements, but Ed Boone has been pretty blatant with the Mortal Kombat X teases. He tweeted two images that pretty much confirm Goro will be in the new game. One photo shows “Goro’s Lair” which has all the arcade machines of the previous games. Another photo shows a model of Goro’s head.

Ed Boon has teased over the few weeks that Mortal Kombat X will have a mix of both old and new fighters. It appears the game will have 24 total playable fighters. As I mentioned before, it would be really neat if Goro was added to the game as a playable character. It would be kind of boring if he was locked as a boss character instead.