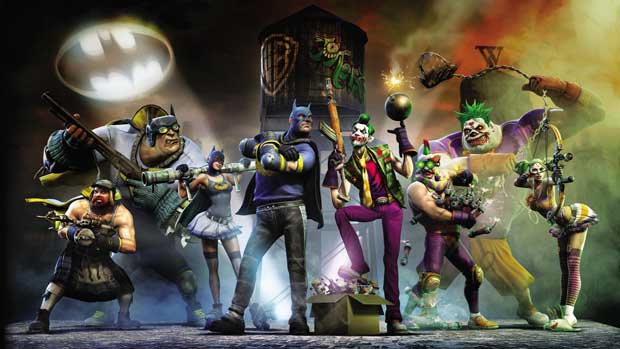 Batman: Arkham City won’t feature multiplayer when it releases this October, so if you absolutely need to get your Batman multiplayer fix, you’ll have at least one viable option in Gotham City Impostors.  The game which was revealed yesterday, is a multiplayer downloadable first person shooter developed by Monolith.  You’ll play as one of the impostors whose costume is inspired by either Team Bats or Team Joker and will battle to control Gotham.

“Monolith is creating a game that turns Gotham City upside down and we think fans are going to have a blast with this creative twist on multiplayer heroism and anti-heroism as they play up the classic rivalry between Batman and The Joker.”