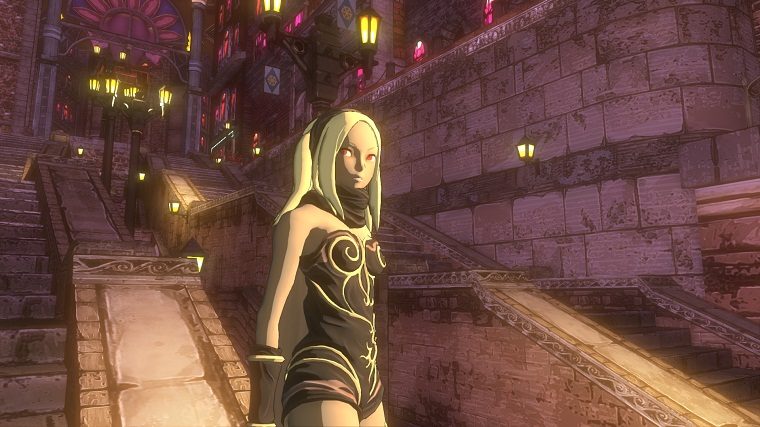 The ESRB has now rated Gravity Rush Remastered for the PS4 giving us a few details about it.

Gravity Rush Remastered has been rated “T” for Teen. The content descriptors are: Fantasy Violence, Mild Suggestive Themes, Use of Alcohol

The rating summary says: “This is an action-adventure game in which players assume the role of a woman on a quest to uncover the secrets of her past. As players manipulate gravity to traverse through fantastical environments, they engage in hand-to-hand combat with blob-like creatures (i.e., Nevi) that break apart and disappear when defeated. Players can also throw various projectiles (e.g., boxes, furniture, crystals) at nearby enemies; battles are highlighted by cries of pain and colorful light effects.

Some cutscenes contain other instances of violence: a character beating up armed thugs; a girl getting “eaten” (i.e., absorbed) by a large Nevi. During the course of the game, some female characters wear revealing outfits, and one still-frame cutscene depicts a woman covering her breasts after dropping a towel. Several gallery images depict up-skirt camera angles and characters with deep cleavage. The game also includes a protracted interaction with a drunken character (e.g., “Wow he smells like he crawled out of the bottle” and “Ahh, the flower of the nightclub! *Hic*”)”

Gravity Rush Remastered will be available on the PS4 from February 9th, 2016. It is an updated version of the original game that came out on the PS Vita a few years ago.