The Independence Day update has arrived in GTA Online across all platforms, bringing numerous discounts, cash and RP bonuses, and other rewards to the streets of Los Santos just in time for the fourth of July. New patriotic rewards have been added for Business Battles this week, and there have been major price reductions for some of GTA Online’s most popular vehicles, weapons, and clothing items. Here’s

This week, there are double cash and RP rewards in the Missile Base Series, including team-based modes like Every Bullet Counts, Juggernaut, Slasher, and more. The following items have also been added as rewards for Business Battles.

At The Diamond Casino & Resort, you can spin the wheel for a chance to win a particularly patriotic Western Sovereign motorcycle, complete with a special stars and stripes paint job. You’ll have to act quickly, though, because the Western Sovereign is only available from July 2 to July 9. 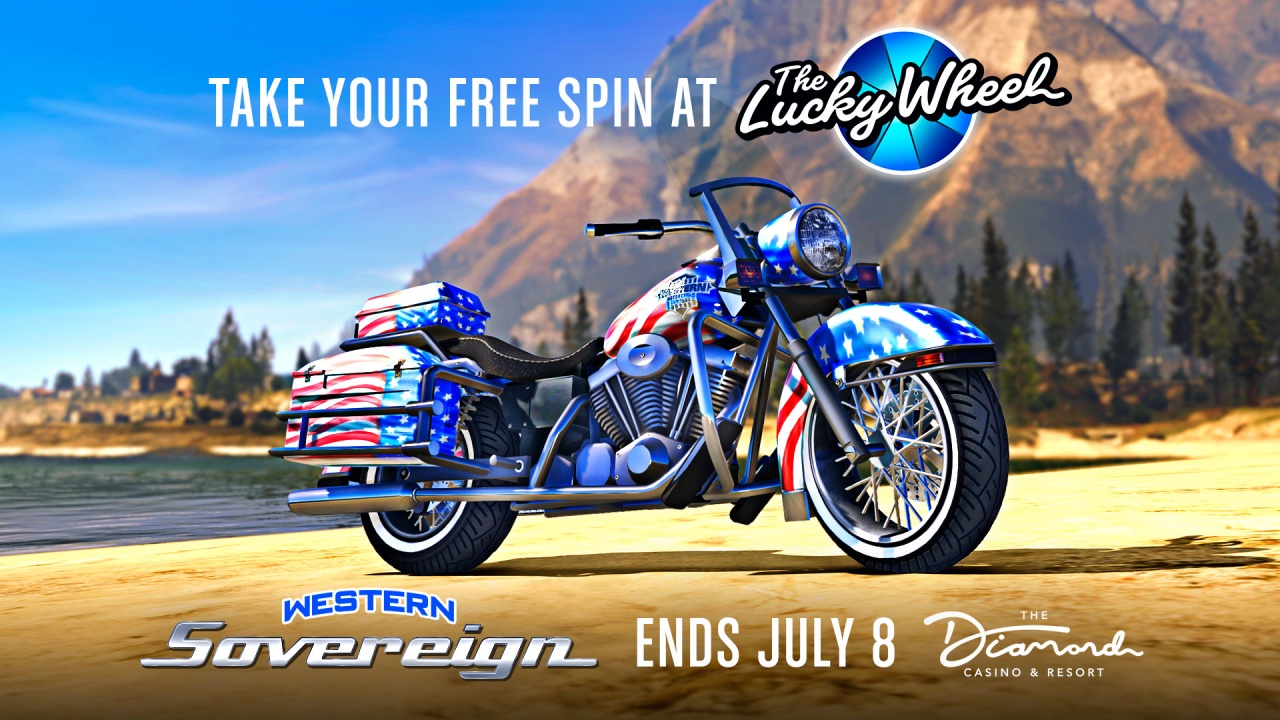 The GTA Online Independence Day update slashes the prices on a ridiculous number of items, ranging from fourth of July themed weapons to some of the game’s most upscale vehicles. Mammoth Avengers and their customizations are 60% off. Yachts and Arcade Properties have been discounted by 50%, and the Principe Deveste Eight supercar is 50% off as well. All Bunkers, Hangers, and Facilities are a whopping 70% off this week as well.

The following vehicles are also now 50% off in GTA Online.

Also, the following Independence Day items are now 50% off in GTA Online.

Twitch Prime and PlayStation Plus Benefits

GTA Online players who connect their Twitch Prime accounts to Social Club can earn GTA$200,000 by playing between July 2 and July 8. More cash will be given out throughout the month, and you’ll be able to earn up to GTA$1,000,000 in bonus cash between now and July 29 if you play at the required times. Twitch Prime members also get a rebate on the base property purchase price of Pixel Pete’s Arcade, as well as 70% off the Declasse Mamba Roadster and 80% off the V-65 Molotok Jet Fighter.

PlayStation Plus subscribers can earn GTA$1,000,000 just by playing between now and August 5. Anyone who takes advantage of this offer will have the money deposited into their Maze Bank accounts within 72 hours of logging in. This is a part of a promotion with Rockstar and PlayStation to give GTA Online players on PlayStation GTA$1,000,000 every month until GTA Online launches on PlayStation 5. GTA Online will be free at launch for PlayStation 5 owners, so get in there now if you want to have money saved up for the next-gen launch.