GTA Online is Finally Revamping its Freemode, Adding Tons of Activities with No Loading Screens 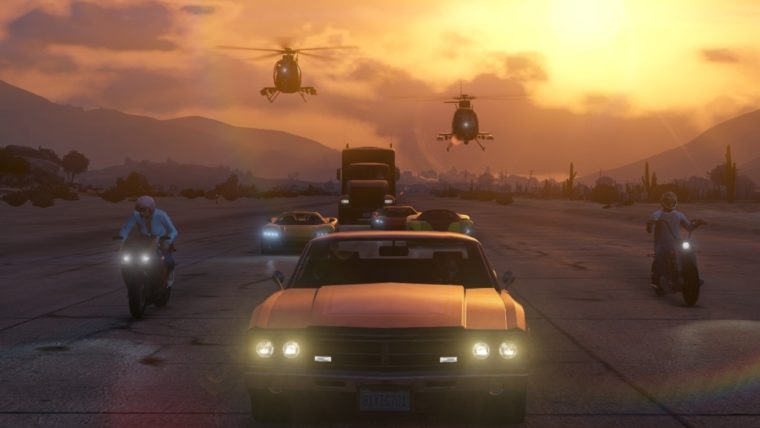 Rockstar has just announced the GTA Online Freemode Update, which will hit PS4, Xbox One, and PC on September 15th. The update seems to fix a bunch of problems that fans have had with the multiplayer portion of GTA V since launch. Those problems would be the lack of anything substantive to do in the open-world freemode, and the multitude of loading screens, with long wait times, that players have to endure to do anything else.

The GTA Online Freemode Update will add a ton of new activities that players can take part in within the open-world freemode of the game. These include Penned In, King of the Castle, Moving Target, and Hunt the Beast.

“Feeling locked and stocked? Look out for King of the Castle – an every man for himself turf war where you’ll need to ascend and claim the designated ‘castle’ as your territory – and then fend off everyone else as they go all out to dethrone you. Form fragile alliances and work together in modes like Hunt the Beast, where one volunteer is temporarily transformed into a faster, stronger, beastly character who must escape relentless pursuers.

“Freemode Events also take the shape of insane stunt challenges, such as popping the longest wheelie, catching the most air in a land vehicle, or performing the most near misses in a vehicle without crashing.

“One of these events can kick off at any given moment while in Freemode, and you can customize your session to decide exactly which ones will happen – so you can play as much or as little of this new content as you like.”

There are no load times or lobbies required to join up in one of these freemode events, just get to wherever the event is happening and join in on the fun. Hopefully this helps alleviate some of the frustration that players have had with GTA Online due to its many loading screens that can take upwards of 30 seconds to a minute to finish.