Halo 5: Guardians Won’t Ever Be Released For PC 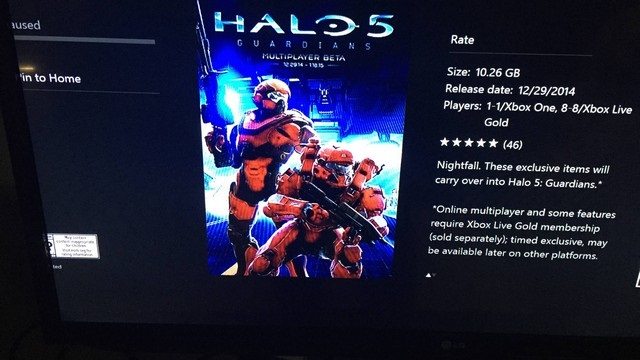 Despite a weird rumor spread online earlier this week, Microsoft has now confirmed that Halo 5: Guardians won’t be coming to the PC.

The Halo 5: Guardians beta on the Xbox One store said: “timed exclusive, may be available later on other platforms“. You can see it on the screenshot we’ve provided. The words “timed exclusive’ got many people speculating that the game might be released for the PC eventually. After all, other Xbox One games like Ryse: Son of Rome and Dead Rising 3 eventually came to the PC.

Microsoft’s Aaron Greenberg has now confirmed on Twitter that Halo 5: Guardians is not coming to the PC. He said: “We are fixing that language, it was simply meant to imply the beta is for a limited time. Sorry for any confusion.”

Whoever was responsible for writing the blurb confused a lot of people. The person may have just copied and pasted a description for another game. The Halo 5: Guardians beta description should have just said that it was available for a limited time. To say it’s a timed exclusive that could be coming to other platforms made it confusing to everyone.

Microsoft also had to debunk rumors earlier this year too that Halo: The Master Chief Collection is coming to the PC as well.