The latest news in the world of video games at Attack of the Fanboy
February 21st, 2016 by Damian Seeto 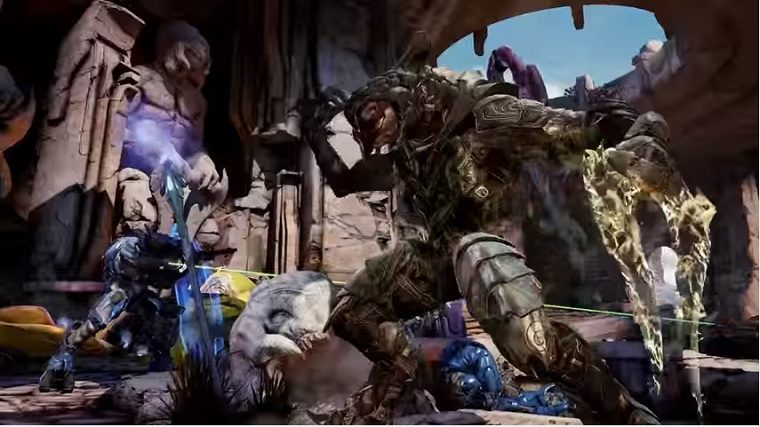 Microsoft has revealed that the Arbiter from Halo 5 will be joining Killer Instinct Season 3. He will be available this March for the Xbox One and Windows 10 versions of the game.

Here’s a short description of the character: “Halo’s iconic and beloved Arbiter joins the Killer Instinct universe, adding the elite alien warrior to the cast of fighters in Killer Instinct: Season 3 for Xbox One and Windows 10, coming March 2016.”

Fans will be happy to know there will be a dedicated new stage in Killer Instinct that looks like it was ripped straight out of Halo. There will be other Covenant forces roaming around and even a banshee and tank destroying bits of the environment in the background.

The Arbiter won’t be limited in any way in Killer Instinct Season 3. He can throw the sticky plasma grenades at his opponents and also comes armed with the very cool energy sword. Unlike in the Halo series, the character moves a lot faster in the fighting game and has some new combos.

Some people are wondering if the character is still voiced by Keith David. The character still has the deep voice, but it sounds a little off. It’s possible they got someone else to fill the role in the meantime since it’s just Killer Instinct and not a proper Halo game.