The latest news in the world of video games at Attack of the Fanboy
March 25th, 2010 by William Schwartz 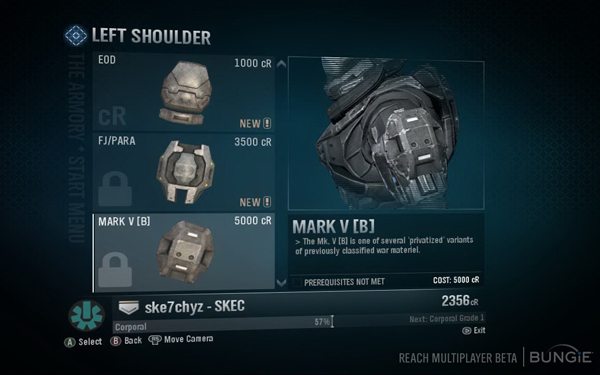 The new Player Investment System for Halo Reach has recently been revealed. The new system can best be described as a response to the elements found in other multiplayer experiences like Modern Warfare’s leveling and class systems, or Rainbow Six’s character customization.

The Player Investment System looks to reward players for time spent or invested in Halo Reach in both the single and multiplayer game modes.  Players will earn credits which they can spend on Armor customizations, these customizations having no effect on the way that the game plays, and are more of an aesthetic change to make each player’s Spartan unique to them.

Simply play the game and you’ll earn credits towards customizing your Spartan.  Sounds easy enough, right?  Of course there will be some goodies tucked behind large credit investments, but how else are you going to be the coolest Spartan on the battlefield if you don’t spend a little cheddar.

Halo Reach is Bungie’s final game on the Xbox 360 before moving on to an unknown project.