The latest news in the world of video games at Attack of the Fanboy
August 11th, 2015 by William Schwartz 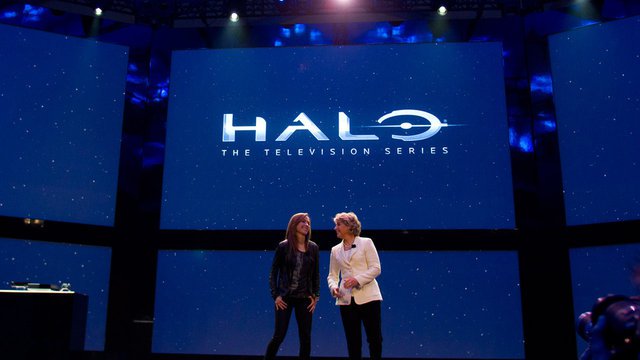 The long in gestation Halo TV series said to be development by Showtime is still in progress, but according to a new report its release may be further away than originally thought.

Produced by Director Steven Spielberg, a Halo series was said to be in production back in 2014 where Showtime was outed as the potential broadcaster. Microsoft had announced that the TV series would debut in 2015 within the same launch window as Halo 5: Guardians, but now news is coming out that its reveal could be coming at a much later date.

At the Television Critics Association press tour, IGN, asked Showtime President David Nevins if the series was still active, “It’s still in development. Still in very active development.” Anymore news on the topic was met with a quick no, indicating that negotiations were still very early with Microsoft and Spielberg.

Halo is one of the most viable game franchises with a universe and lore so expansive that it would be a perfect fit for Television, and I enjoyed Halo: Nightfall and what it presented. Its good to hear that Showtime is still interested, but a shame that any news on the topic is still far from being announced, but in the meantime fans have Halo 5: Guardians to look forward to on October 27th, 2015 on Xbox One.