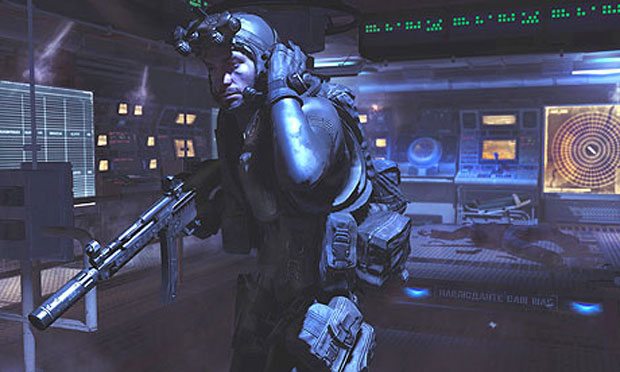 Call of Duty: Modern Warfare 2 introduced a brand new way to get hooked on the franchise, and it was by way of the the Spec Ops mode that was introduced with the game.  Varying challenges that spanned some of the best moments of the campaigns single player allowed you to fight through these different scenarios solo, or with a friend.  For fans of the Call of Duty single player experience, it was definitely a extra bonus, and well done for a first attempt at cooperative play for Infinity Ward.

In Call of Duty: Modern Warfare 3, Spec Ops will make it’s triumphant return, and this time it will be getting its own take on the popular survival modes that many multiplayer games ship with these days.  The Spec Ops Survival Mode, which we got to get hands on with at this year’s E3 2011, is all about lasting as long as you can through wave after wave of enemies.  These enemies obviously get harder as you go, and depending on how long you last, you going to see plenty of variety.  Think of the kitchen sink of Call of Duty baddies, now imagine Sledgehammer Games taking that sink at throwing it at you, then asking you to hold out as long as you can.  That’s what it felt like in our time with the Spec Ops Survival Mode.  I anticipate that the game progressed much faster than it normally does, but in the short time that I played the mode, I got to see a wide array of enemies, which included your traditional soldiers, dogs, armored soldiers, vehicles, juggernauts, and explosive variations of these enemies.  The mode was hectic, and fun, and honestly it felt like Zombies mode on amphetamines.

Sledgehammer doesn’t just leave you hanging with no ammo in the Spec Ops Survival mode.  They’ve introduced a money system into the mode which will allow you to purchase equipment and support items.  From what I saw, you can upgrade your weapons, buy perks, armor, or other items that are kind of like Kill Streak Rewards.  You can call in air-strikes, fire off missles, even purchase extra squad mates that will be controlled by the computer to help you hold down your position.

It’s a mode that will have you coming back time after time to see if you can beat your best wave, and it’s likely that there will be a global leaderboard that you can compare your scores with your friends or fellow network members, although that hasn’t been officially confirmed.  As if you needed one more reason to pick of Modern Warfare 3 this fall, you’ve got one anyway.