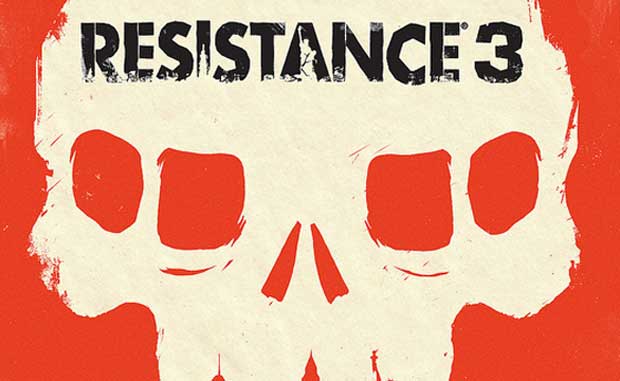 Today Insomniac Games revealed the box art for the upcoming shooter, Resistance 3.  It won’t be easy to miss when looking for it at retailers, it’s the one with the blood red background and giant Chimeran Skull on the front.  Insomniac commissioned British artist, Olly Moss, to design the box art.  The developer said it was looking for a “bold vision” to set it apart from other shooters.

Resistance 3 will be getting a single player demo shortly.  On June 14th, the demo access will come bundled with Blu-Ray editions of Battle: Los Angeles and is said to be almost a half an hour of gameplay from the single player campgaign.  Resistance 3 is set to launch on September 6th, 2011 exclusively for the PlayStation 3. Have a look at the other artwork from Resistance 3 below.