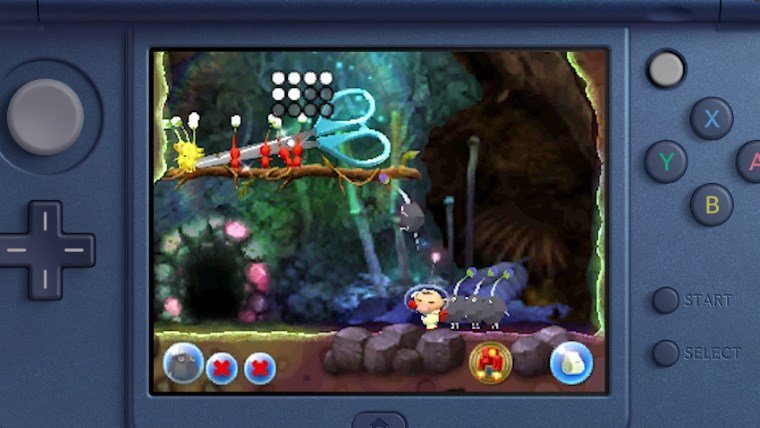 Hey! Pikmin will hit Nintendo 3DS on July 28th. This game was previously announced for the 3DS, though it didn’t have an official title or release date at that point. The rest has stayed the same though, with the game changing up the series formula quite a bit for the handheld device. Gone are the strategy and multi-tasking elements, instead opting for a more action filled 2D platformer experience.

“The first Pikmin game for Nintendo 3DS finds Captain Olimar embarking on an adventure through lush worlds with his trusted Pikmin by his side. In a new type of Pikmin game, players are tasked with throwing all types of different Pikmin using the touch screen to solve puzzles, overcome challenges and defeat enemies through side-scrolling levels.”

You can check out more details in the Nintendo Direct video below, which began with the Hey! Pikmin announcement. The game was looking very similar to what we’d seen before, so those who have been anxiously awaiting more info on the title should be quite excited right now. It’s an interesting change for the series though, and many are wondering if it’s the right move. We should find out once the game hits 3DS on July 28th.

Also hitting on the same day is a new amiibo figure based on the series. What this figure will do in the game wasn’t revealed, but expect it to unlock some fresh content, or give you a power up or boost within the game. That fits with what amiibo have done in other games, and makes a lot of sense with the new genre choice.

It’s interesting to see Nintendo still supporting the 3DS so heavily. Sure, they said the Switch wouldn’t replace the device, but maybe they actually meant it this time. We’ll see if this support continues throughout 2017 and into 2018.