The Hobbit to be turned into a trilogy? 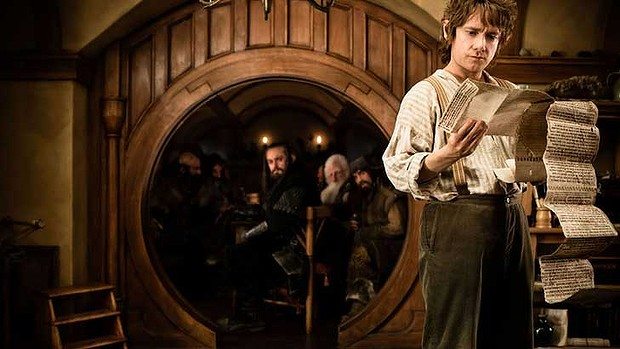 Less than five months now separate us from the highly anticipated release of The Hobbit. The first installment of the two-part series, titled An Unexpected Journey, is slated to hit theaters this December, while its sequel, There and Back Again, is set to release a year later in 2013. New Line and Warner Bros. have already received a fair share of criticism in their decision to split the tale up over the course of two films. While the fan backlash has waned in recent months, it’ll undoubtedly be vigorously renewed as news is circulating that Peter Jackson is in talks to add another film to The Hobbit series, thus turning it into a trilogy.

According to The Hollywood Reporter, sources claim that Jackson is indeed interested in filming again and may require the cast to reconvene for additional shooting that could take place next summer in New Zealand for a period of around two months. The article states that Jackson, Warner Bros., producer Fran Walsh and writer-producer Philippa Boyens are seriously exploring what it would take to make a third film, and that the studio is backing the decision leaving only budget and other financial arrangements to be agreed upon.

The report quotes a source close to production as saying:

Jackson’s last major endeavor within the realm of Middle-Earth saw the release of three critically acclaimed and commercially successful films based on the three Lord of the Rings novels by J.R.R. Tolkien. Should the decision be made to develop The Hobbit into a three-part saga, Jackson will have much less source material to work with. To put it in perspective, The Hobbit marks at around 300 pages, while the shortest Lord of the Rings book, The Two Towers (which was adapted into a single film) is approximately 350 pages depending on print and edition.

No details yet on how a third film would be structured, as An Unexpected Journey is suggested to conclude following Bilbo’s fateful first encounter with Gollum and his discovery of the Ring, while There and Back Again will pick up from there. The additional shooting could perhaps be added together with supplementary footage that the team has already obtained, editing the two packages together to create a coherent narrative. Rumors are also circulating that a third film could make use of the six appendixes Tolkien had written and published in the back of The Return of the King which expand the story and help to bridge the gap between the end of The Hobbit and the start of The Lord of the Rings trilogy.

Regardless of whether or not The Hobbit sees the release of three films or two, you can catch An Unexpected Journey in theaters this December. Jackson shot both films in 3D with the prowess of the digital “RED EPIC” camera capable of rendering a jaw-dropping 5K resolution as well as 48 FPS (frames-per-second), twice that of the standard 24. Jackson recently revealed that principal photography for The Hobbit has finished and that the studio is now moving onward to the post-production stage.

Home / Game News / The Hobbit to be turned into a trilogy?