A Quick Recap of he Most Important Reveals 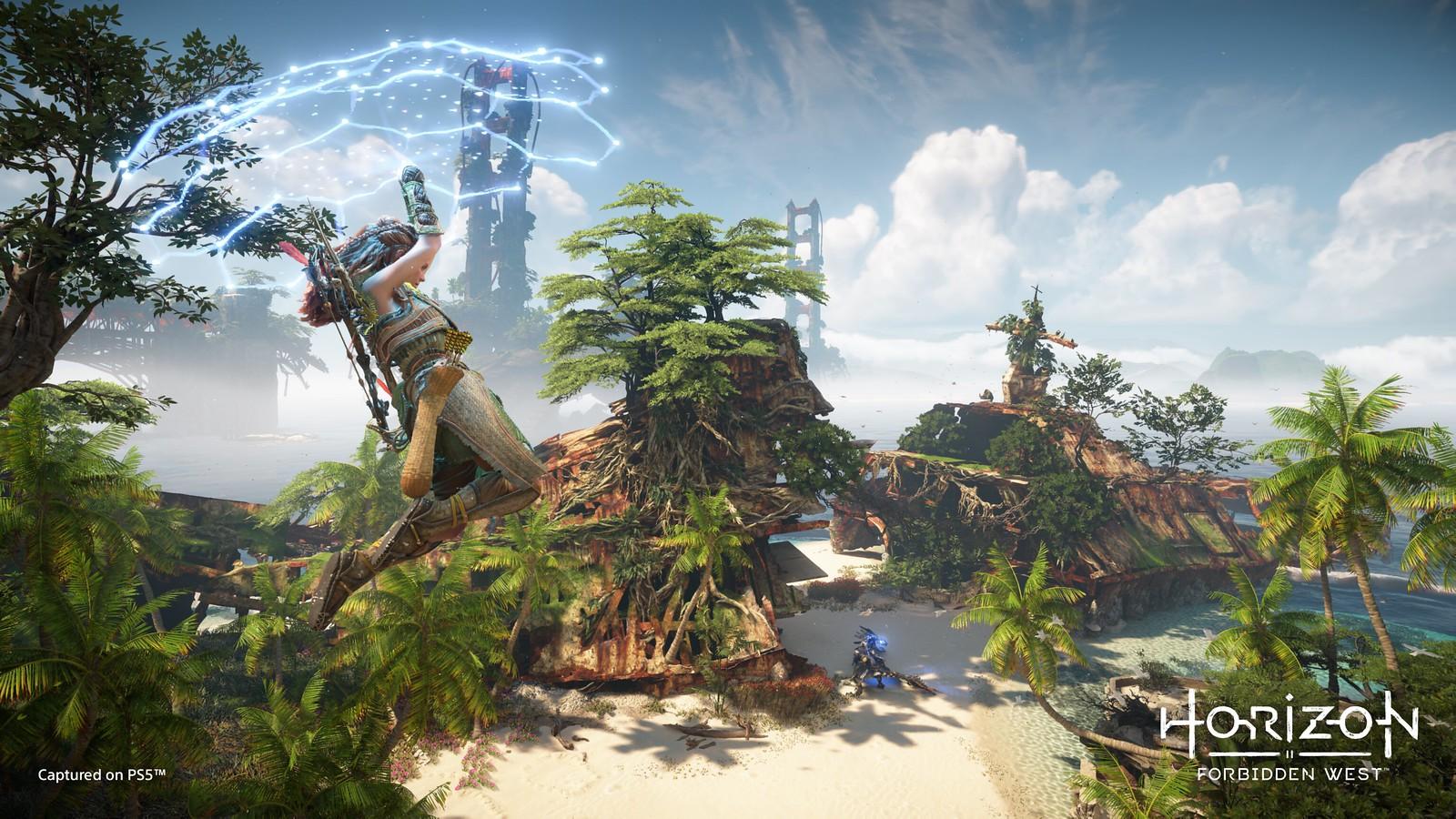 Yesterday, Sony and Guerrilla Games held their event for Horizon Forbidden West, the sequel to the excellent Horizon Zero Dawn. Announced earlier in the week, the event provided 14 minutes of gameplay from the new title, captured directly on the PlayStation 5 console. The preview allowed fans to see the new game in motion for the first time and gave us all a better look at just some of what Sony’s first-party studios are going to be capable of going forward through this new generation of hardware.

One of the first things players noticed was the stunning graphics on display. The PlayStation 5 version that was shown off featured first-in-class lighting and high-resolution visuals, unlike those we have seen in other console games. It appears that Guerrilla Games is attempting to bring details like those we saw in The Last of Us 2 into a fully open-world game and that they are, for the most part, succeeding. While we did not see the PlayStation 4 version during the event, it will be impressive if they can retain even most of the quality and fidelity from the PlayStation 5 version.

Horizon Forbidden West isn’t just visually prettier though. It includes several gameplay updates that will be sure to please those returning from the previous entry. The first is that we see many new Robotic Dinosaurs to face off against, and this number of new creatures will surely be much larger in the full game. While this is the type of improvement fans expect to see, it is still reassuring that it was showcased. It would also appear that Alloy’s move sets have received sizeable expansions. Part of the trailer appears to highlight a parry mechanic, and she generally seems more capable during melee combat than before. Her combative movement and ranged options also seem to be expanded, though they remain largely the same as the previous game. Guerrilla Games is not looking to reinvent the wheel in terms of the game’s combat, and that’s totally fine given how good the first game felt.

Alloy’s capabilities as an explorer, however, are a little more expansive now. She can now breathe underwater thanks to a device she has. This was featured in perhaps the prettiest part of the preview, where we saw the character dodging large aquatic creatures while trying to navigate up a coastline. In the air, she will now have a breath of the wild-style glider allowing for more options in navigation. Players will also be able to use this glider to drop down onto enemies or, as was showcased during a boss fight with a mammoth, navigate out of sticky situations where an enemy may trap the player. This device is buffed by a scanner that lets the player see climbable areas in the open world to gain the height they need to take flight.

Overall, the gameplay event showed that while the new entry is not going to reinvent the wheel, it nonetheless contains a wealth of new gameplay mechanics and tremendous visual fidelity. Fans of the original will surely not be disappointed. We still do not know the release window for the game, but it appeared to be pretty far along, so here’s hoping we might hear more on that soon. You can check out the State of Play here.