The latest news in the world of video games at Attack of the Fanboy
January 31st, 2017 by Mike Guarino 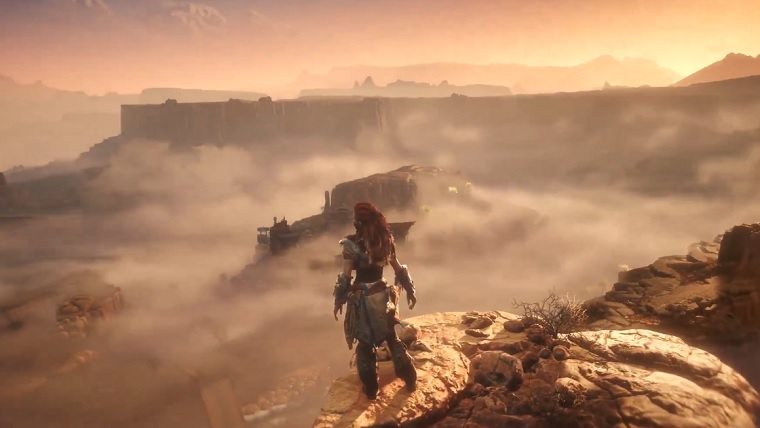 Horizon: Zero Dawn has passed the most important milestone there is when it comes to game development, and that’s going gold. Developer Guerrilla Games announced that the game went gold today, meaning that their work on the game is done and it’s ready to be printed onto discs.

The development team made the announcement on Twitter, which they attached with a celebration picture that you can see by clicking right here. This is great news for fans who have been anticipating the game, as it was originally set to launch in 2016 before getting a substantial delay.

For those who don’t know the specifics of the game, it’s set “in a lush, post-apocalyptic world where nature has reclaimed the ruins of a forgotten civilization, pockets of humanity live on in primitive hunter-gatherer tribes. Their dominion over the new wilderness has been usurped by the Machines – fearsome mechanical creatures of unknown origin.”

You play as Aloy, who is “a young hunter on a quest to discover her destiny among the remnants of the ancient past.  Shunned by her own tribe since birth, Aloy has learned to harness her agility, cunning, and deadly aim to hunt the Machines, defend against rival tribes, and survive in the unforgiving wilds.”

It was confirmed last year that the game would benefit from being played on PlayStation 4 Pro, which will be enhanced greatly even without a 4K TV. The PS4 Pro version of the game will feature extra detail, enhanced colors, and improved shadow maps and higher quality anisotropic filtering, which goes towards a more detailed game world.

Supersampling was also confirmed, meaning that it renders in a resolution that is close to 4K before being compacted to 1080p. While it won’t be the same as what you’ll get with 4K, it will still result in an improved image quality that is superior to traditional 1080p.