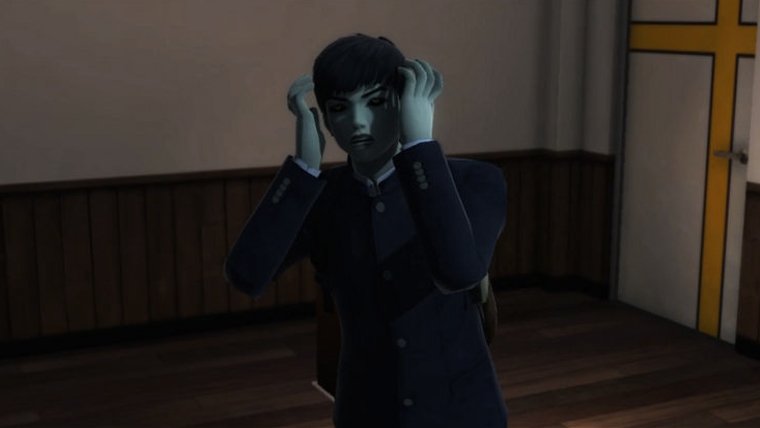 Korean company ROI Games has announced the release of the legendary survival-horror game White Day: A Labyrinth Called School in Western countries as a PlayStation 4 console exclusive. The game is a modern version of the original title, which achieved cult status in South Korea due to its tense atmosphere and horror scenes.

Originally released in 2001, the game puts players in control of a high school student called Hui-min Lee, who gets into the school after class to leave a White Day (a sort of counter-part to Valentines Day) present for the girl he likes. However, he gets trapped in an alternate version of the building full of ghosts and other terrifying enemies.

Players will control the main character from a first person perspective, and will co-operate with other classmates who are also trapped in the building. The course of the adventure will change according to our actions and conversation choices, directing us to one of the eight different endings that we can get.

The game also features some stealth mechanics, with the constant risk that any noise that we make could attract the attention of the school’s janitor, who will beat the protagonist to death if he finds him luring in the hallways.

The announcement has come via PlayStation Blog, where ROI Games’ Global Community Manager, Bryce Hsiao, has written a post explaining the story of the game and what made it gather a cult following in Korea.

He explains that the title’s propensity for delivering scares made it popular among online groups, even to the point that fans translated it to other languages. The game remains well-regarded as a piece of pop-culture, which is why the company has decided to finally make a worldwide release this year.

However, this is not a straight-up port of the original as the company has made the effort of reworking its graphics, audio, gameplay mechanics and adding a brand new storyline featuring a new character, making it by far the best version of the game. Not only that, but they have also made the effort in localising the game in English, French, Spanish, Italian, German, and Russian.

White Day: A Labyrinth Named School will be released this August as a PS4 “console exclusive” which may leave the door open for a PC release. While we wait for more details, check put the trailer below.