The latest news in the world of video games at Attack of the Fanboy
May 14th, 2021 by Luna Wilkes 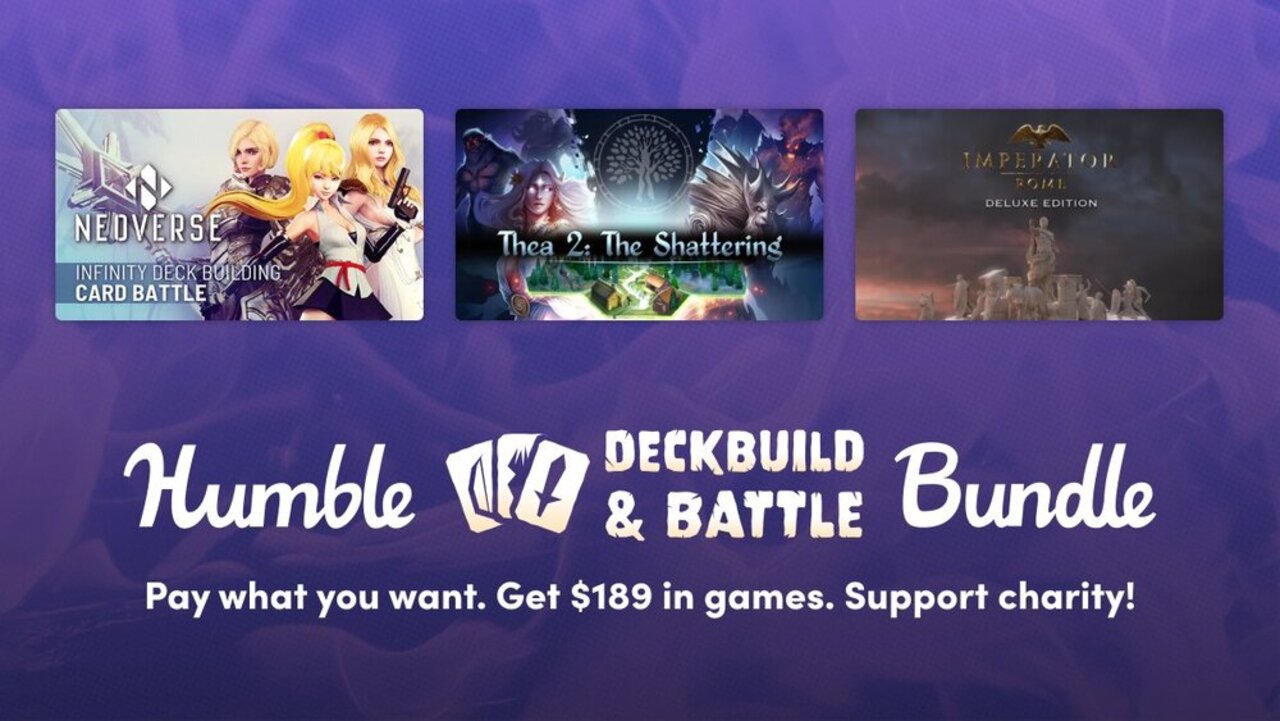 Humble Bundle releases another set of games this month, namely through the Humble Deckbuild & Battle Bundle. This bundle of games focuses quite literally on card games with a combat element to them. So if you’re a fan of these kinds of games, this may be a good bundle to look into a bit more. While it may not have nearly as many titles available in it compared to another recently released bundle of theirs, it still has a nice number of games for the listed price. And as always with games bought through Humble Bundle, proceeds go towards charity so it’s a good way to give out some support to those who need it while also getting some fun new games to play.

These are the games you can look forward to with a donation of $12:

Overall it’s a fairly decent listing of games for the given price, with each one having a good amount of content to offer. It does however leave a bit to be desired seeing as it excludes several rather well-received Deck Builders that are out there, such as Slay the Spire. Even so, there’s still quite a bit of potential fun to be had with the games that are present. In addition to these games, the focus charity this time around is St. Jude’s Children Research Hospital, so even if you’re only mildly interested in this set of games it could still be very much worth it to buy them to help give some support to this charity. So if you’re interested in what they’re offering as well as supporting charity, the Humble Deckbuild & Battle Bundle is available for purchase up through May 28th at 11:00 AM PST.