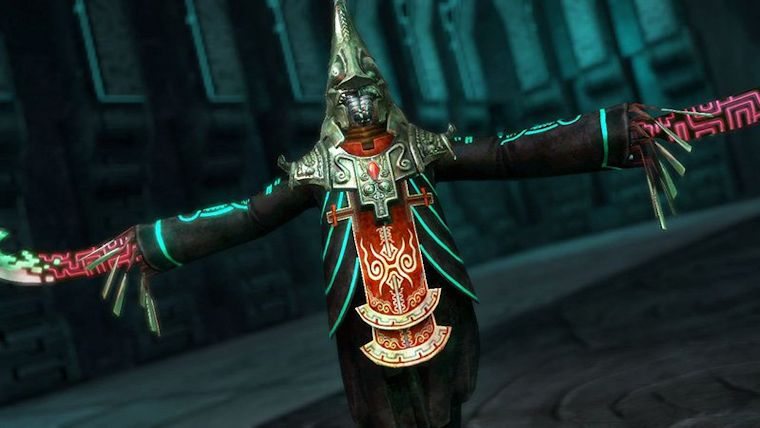 Last night, Nintendo released a brand new Nintendo Direct that was based exclusively around the upcoming Hyrule Warriors. While we aren’t getting the game until September 26 in the US, the Legend of Zelda/Dynasty Warriors hybrid will be hitting Japan in less than a week and a half. As a result, this Nintendo Direct was full of new information, including a few new playable characters. We already told you about the inclusion of a new look Ganondorf earlier, but that is not all as we also learned that Twilight Princess’ The Usurper King Zant is also going to be joining the roster.

We previously saw Zant in footage for the game, but figured he would just be a boss we come across in the game. However, it was revealed that he is fully playable and will wreak havoc on the battlefield with his signature scimitars. One of his coolest looking moves finds Zant growing to a much larger size and then stomping on the opposition. With the number of enemies on screen as this game will have, this will be a very useful move for sure.

For now, the only way you are going to see Zant in action is through the Nintendo Direct itself, as neither Nintendo or Koei Tecmo have released an individual trailer like they did for Ganondorf. The full direct is embedded below, but stay tuned in the coming days as I’m sure we’ll more than likely get one, based on their trend of releasing trailers.